In Defence of Political Parties

Stephen Gethins is a GPG Associate. He is a former Member of Parliament having served as MP for North East Fife from 2015-2019 . This… Read more »

Merger or Acquisition? The birth of the Foreign, Commonwealth and Development Office

Sue Griffiths is GPG’s Executive Director. In the following article, Sue explains the challenges of the FCDO merger and how both departments will have to harmonize their… Read more »

Adapting to the Virtual Space: Continuation of our Work in Sudan

Huda is a Research Intern at GPG currently based in London office. She joined GPG last year and is working on the Sudan Parliamentary project…. Read more »

Do Crises Call for Women Leaders? Lessons from Belarus, Lebanon, and New Zealand

Emily Death is Deputy Director at GPG. In this blog, she reflects on GPG’s work on women’s political participation in Lebanon, and how recent international… Read more »

Batool Al-Refaai is a Senior Project Manager at GPG currently based in our Jordan office and working on the Iraq project. In this post, Batool… Read more »

The Impact of Covid-19 on Diplomacy

Peter Millett was the British Ambassador to Libya from July 2015 until January 2018. He has served in a number of positions in the British… Read more »

Parliamentary response to crisis: How the HoC Library adapted to Covid-19

Edward Wood is the Director of Research at the House of Commons Library in the UK Parliament. He covers how the institution responded and adapted… Read more »

The challenge of political transition in Sudan

As part of our Parliamentary Responses to Crisis series, this is the third and last part of our articles about perspectives from each of the… Read more »

As part of our Parliamentary Responses to Crisis series, this is the second part of our articles about perspectives from each of the UK’s devolved… Read more »

As part of our Parliamentary Responses to Crisis series, over the next few weeks, we will be bringing you perspectives from each of the UK’s… Read more »

Laws Fit for Purpose? Post-Legislative Scrutiny after the Covid-19 Crisis

Alex Brazier is an Associate at Global Partners Governance. He was formerly Director of the Parliament and Government Programme, Hansard Society and previously a Committee… Read more » 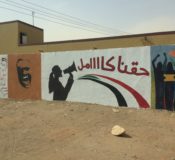 COVID-19 had other plans: how we got stuck in Sudan

Events in the time of lockdown may bring a whole trail of uncertainty with them. GPG’s first online conference proved that adaptability to fast-changing circumstances… Read more »

Parliamentary Response to Crisis: The Secondary Effects of Covid-19 on Women at Risk to Human Trafficking

Ahead of the GPG Online Conference Establishing a Regional Approach to Human Trafficking and Forced Labour, GPG Associate and Member of the UK House of… Read more »

Launch of a joint paper by The Asia Foundation and Global Partners Governance: Virtual Parliaments: Principles and Practices As a card-carrying parliamentary geek, I tuned… Read more »

Modern human rights standards were born out of war, and can provide a ‘roadmap’ for times of crisis. Governments around the world responded to the… Read more »

Parliamentary Response to Crisis: The Coronavirus crisis will end – preparation now is vital

Parliamentary Response to Crisis: Can analogue politics work in an era of digital scrutiny? The corrosive effect of Covid-19 on the informal politics of Westminster

Parliamentary Response to Crisis: A Different Kind of Interlude

What if politics was built on empathy? Designing for empathy and collaboration in the Finnish Parliament

Starting point “We don’t learn to understand why others think the way they do.” Member of Parliament, Finland, 2018 Writing about empathy in politics… Read more »

Slow Traffic and AK47’s: My Experience With GPG

In October 2015, I had just graduated from university and was able to secure a position as a project assistant at GPG, mainly working on… Read more »

Five unexpected stories from the frontline of politics

Highlights from GPG’s Politics, As Usual podcast. Despite widespread scepticism about politics and politicians, in every country around the world there are men and women… Read more »

On Tuesday 5 November, GPG in association with the Study of Parliament Group (SPG), held an event on Parliaments & Populism. The date of the event itself was… Read more »

Lebanon, despite its many advantages, does not have to search for challenges. The increasing frustration of women at their exclusion from the political system is… Read more »

The team on GPG’s current Iraq project – on this occasion Meg Munn, Sue Griffiths, Zaf Iqbal and myself – visited Erbil in August. The… Read more »

The 2019 Wroxton Workshop of Parliamentarians and Parliamentary Scholars Are parliaments unfairly neglected in international development? This was the question posed during the opening session… Read more »

GPG last worked in Bahrain in 2007-8, but this year we are back to support the parliament following the 2018 elections. A lot has changed… Read more »

How to promote inclusive governance in fragile and conflict-affected states: Insights from a review of the Dialogue for Stability programme

This blog post is based on lessons from GPG’s review of NIMD’s Dialogue for Stability programme conducted in partnership with Alina Rocha Menocal of ODI…. Read more »

Realising the Benefits of Decentralisation: Lessons from Jordan

Higher Education Reform in Egypt: Putting Students at the Centre

Between 26-28 February 2019, the ‘EduGate’ Higher Education Fair in Cairo brought together Egyptian and international universities, parliamentarians, academics and students.  This gathering provided an… Read more »

“No-one knows everything about everything” : People, powers and practical approaches to decentralisation in Jordan

Who gets your vote? One of the most interesting findings of the Hansard Society’s recently published Audit of Political Engagement 15 (2018) was that 32%… Read more »

With decentralisation firmly on the development agenda it’s important women aren’t left behind as powers are devolved from central, to regional and local government in… Read more »

Challenges for Female Members of Parliament in Tanzania

Women’s participation in parliaments is crucial to improving the representative nature, accountability and quality of democracies. It can have a profound impact on the way… Read more »

Members of Parliament need access to up-to-date and accurate information and expertise in order to perform their parliamentary duties, whether as individual representatives or as… Read more »

For the first time in history, it is arguable that most people today live under democratic governments. This is commonly referred to as the “triumph… Read more »

After this year’s general election, the UK government created dual Ministerial roles in the Foreign Office and the Department for International Development, combining diplomatic and… Read more »

When I was in Jordan recently, working with GPG on support for the decentralisation of government, an article appeared in the Times of Jordan about… Read more »

Laws That Work for the Citizen: Post-Legislative Scrutiny in Kyrgyzstan

A Practical Guide to Decentralisation

Decentralisation is increasingly recognised internationally as a key element of good governance. When implemented well, it can lead to greater participation, efficiency and diversity. By… Read more »

Politics, As Usual: The London Recruits

The latest episode of our Politics, As Usual podcast, rounding off the inaugural series of interviews delving into how political change happens, is a one-off… Read more »

World Day against Trafficking in Persons: improving the implementation of anti-human trafficking legislation in Honduras

Maria Peiró Mir Honduras has long battled with human trafficking within and across its borders. The past five years in particular have seen it transformed… Read more »

What drives politicians and political behaviour? What are the incentives and motivations that shape the effectiveness of political institutions?  And how can we align individual… Read more »

Jacqui Smith and Kristen Sample Women account for half of the global population, yet represent less than a quarter of the world’s parliamentarians. The causes… Read more »

‘Sticky’ change: What international development can learn from adaptive management

One of the most significant failings of international political assistance has been the tendency to focus too much on institutional structure and process, and not enough… Read more »

This article was taken from our September 2016 newsletter. For the full newsletter and to subscribe, click here. The civil wars and instability in Jordan’s… Read more »

The puzzle of parliamentary assistance

At the end of September GPG Director, Greg Power, addressed the inaugural meeting at the House of Commons of a new ‘Community of Practice’ on… Read more »

‘The Politics of Parliamentary Strengthening’

‘The Politics of Parliamentary Strengthening’ is an article from GPG director Greg Power and is featured in this quarter’s The Political Quarterly. Greg writes: Parliament’s International Development… Read more »