The team on GPG’s current Iraq project – on this occasion Meg Munn, Sue Griffiths, Zaf Iqbal and myself – visited Erbil in August. The choice of Erbil was something of an accident. The new project is focussed on the Council of Representatives in Baghdad, but a visit to Baghdad had had to be postponed, and we thought there was worthwhile business to be done in the Kurdistan capital – as proved to be the case.

For me, it was something of a sentimental journey. I was part of the GPG team that worked with the Nineveh provincial authorities in 2016-17 to help them develop a medium-term strategy for governing the province, and to support the Provincial Council and the regional office of the national Parliament. This was in the period before the liberation of Mosul from ISIS control later in 2017. Most of the people we met were themselves displaced from areas under ISIS control, often with families still living in occupied territory, with whom they were in touch only intermittently, if at all. Some lived in Erbil, some in other parts of Kurdistan, so it was convenient to meet them in Erbil.

They were, without exception, grappling with extremely intractable problems. For the Governorate, how to contribute, when the time came, to a reconstruction effort of almost unimaginable complexity. For the Provincial Council, how best to oversee that activity, maintain links with their constituents and create the political climate in which, in time, a measure of social reconciliation could be achieved – a massive task given the atrocities and suffering that the population of the province had endured and continued to endure. And all against a background in which, from their perspective at least, the Baghdad Government was less supportive than the situation demanded.

As a team, we did our best to provide support in these extraordinarily challenging conditions. We helped them deliver a medium-term strategy that was almost unique in being approved by both the Governor and the Provincial Council; and the Council itself to conclude an important review of how best to tackle the challenge of post-conflict reconciliation. We came away with a strong sense of the commitment and resilience of the politicians and staff with whom we’d worked, but also a good deal of apprehension about what the future might hold.

So my return to Erbil brought back some very vivid memories. Fortunately, we were able to meet some old friends – the staff of the Parliament’s regional office, who had graduated from holding meetings, in effect, in our hotel to operating from a caravan in Mosul while their virtually destroyed office Is rebuilt; and an impressive young woman member of the Provincial Council who is a powerful spokeswoman and advocate for her people. From what they said, two years on from the defeat of ISIS the challenges are as great as we imagined they would be. The security situation is by no means settled. The legacy of the ISIS occupation includes a devastated landscape, a generation of children who have missed out on mainstream education and been exposed to the worst of influences, and residual alienation and bitterness, particularly among the minorities who suffered most at the hands of ISIS.

Erbil itself seemed largely unchanged from two or three years ago. The end of the main military campaign to recover territory occupied by ISIS has probably made it a more attractive destination for business and other visitors, but Kurdistan still faces substantial economic challenges. The new KRG Government seems to have a spring in its step and a more conciliatory approach than before, and there was a sense of optimism among the local politicians and staff to whom we spoke.

The real purpose of our visit was, of course, not to stir my memories and commitment to Nineveh, but to advance the current project in the Council of Representatives (CoR).  We had meetings with several groups of MPs, CoR Offices and Civil Society organisations. These included members and staff of two of the Parliamentary Committees with whom we plan to work on oversight reviews, both of which made substantial progress in identifying subjects for review and developing plans for carrying them out. We also, I believe, advanced the thinking on the creation of an effective network of CoR regional offices, playing an active part in connecting the centre with the regions of Iraq. All in all, a productive visit, a good deal more than a trip down memory lane, and a good basis on which to build when we next visit Baghdad. 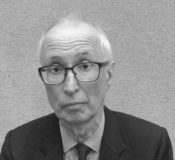