Lebanon, despite its many advantages, does not have to search for challenges. The increasing frustration of women at their exclusion from the political system is emerging as one that can no longer be ignored. Women’s political representation in Lebanon is one of the lowest in the world. At the last parliamentary elections in 2018 hopes were raised with an unprecedented increase in the number of female candidates up to 113 from only 12 in the 2009 elections. Hopes crashed though, when only 6 out of the 113 made it to Parliament.

In so many walks of life women are prominent and achieving in Lebanon – in academia, the media and the law, so it is hard to reconcile the ranking accorded to Lebanon as 142/144 of the Global Gender Gap Report.

Having visited Lebanon a number of times I sense the issue of women’s exclusion from political decision gaining momentum. Four women ministers have recently been appointed to government and there are women across the social and political spectrum determined to keep pursuing their goal of fair and equal representation.

The team from Global Partners Governance have just returned from initial discussions with women with an incredible range of political experience – from political parties and civil society; those who had won and more likely lost; those with a hunger for change in their country. Meeting with women from Baalbeck-Hermel – women who are amongst the first women in their region to run and win as local councillors and women who lost – highlighted the depth of challenges women face in this patriarchal society. All were determined though their region needs more women and the obstacles that women face have to be tackled and changed.

Global Partners are working to support women in their drive to create change and increase women’s representation at both the local and national level. We want to work to help actually make it happen, rather than just saying it should happen. In partnership with key organisations GPG will support women to demonstrate their capacities, increase their profile and maximise their impact on the political system. Working with fiftyfifty at the national level, an organisation whose mission is to push for gender equality at all levels of political and public life in Lebanon, GPG will deliver programmes to advance the strategic plan for women’s advancement.

In Baalbek the partnership is with LOST (Lebanese Organisation for Studies and Training), who work with people, especially women and youth to tackle poverty and exclusion. A connected and well -established organisation, they deliver a range of women’s empowerment programmes and offer huge potential to support women in their plans to increase representation on local councils.

The scale of the challenges facing women in Lebanon are indeed daunting. From the confessional construct of the political system, resistance to change from key stakeholders within the political system, the cost of media and political campaigning – the list goes on. But there is real energy, capacity, determination to ensure women take their rightful place in the corridors of power. 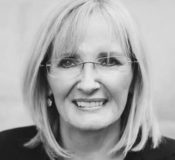