Can men be good allies?

In this blog, GPG’s Project Coordination Assistant Mia Marty recalls her impressions of a project she recently contributed to: our training course on building male allyship to support Women’s representation in politics.

In December 2020, GPG delivered a project different to the type of work we usually produce. The Male Allies project consisted in designing and developing a five-module training course for both women and men on engaging male allies to advance women’s participation in public life and politics. We submitted this project to the International Republican Institute’s Women’s Democracy Network, which will in turn hand over the training materials to their regional offices across the world to deliver the course to various political parties, parliaments and civil society organisations. We had the chance to have Meg Munn, Alistair Burt, and Stephen Gethins – all GPG Associates – working with us on this project. They brought with them a strong background and experience on the issue of Women in Politics along with great contacts of experts to enrich the course. Coordinating the production of this content was as instructive as it was inspiring. As a young woman, witnessing that men are increasingly encouraged to become allies for women – in politics but also in all aspects of life – constitutes a substantial hope that we are building a new basis for future generations.

The issue of women in politics can be illustrated by a figure: only 25% of worldwide MPs are women. Rwanda, Cuba, and UEA are the only three countries which have at least parity in their parliaments. Women being underrepresented means that policies and regulations are missing the perspective of a minority that accounts for almost half of the world’s population. Hence the impact on society as a whole: we are missing a side of the story. Minority issues are less integrated into the wider legislative system. In most countries, women are not legally prevented from being elected but they are historically, culturally, and systemically limited by beliefs, habits, and transgenerational customs. Gender bias – unfair assumptions associated to what women and men are and can do – constitutes the basis for these beliefs – “men are leaders and women are carers”. To make our legislative systems more representative we need to shift individual assumptions. The steps through which participants are taken during the course encourage a reachable and trackable progression adapted to anyone aiming to become an ally. GPG’s work is based on this type of individualised people-centred approach where we don’t overwhelm people with facts but rather work with them to find their own incentives and pace to move things forward.

The objective of this training was to bring women and men together in the fight for equality. This is what felt different to me, not placing the burden solely on women, but including men as part of the effort and solution. Women have long been trained to position themselves in public life and it is now time to engage men to come in and take responsibility on this issue. This course therefore interrogates the concepts of gender, of masculinity and femininity, by acknowledging that stereotypes are constraining for everyone. Both women and men working in institutions are bound by biases, hence the need to generate an individual shift in the conception of gender to build systemic change. Actions to combat inequalities must be instated or systematised and, above all, they must be permanent and shared with one another. We based the Male Allies curriculum on these ideas and participants are encouraged to learn from themselves and adapt the content to their own context.

But how can we bring awareness to issues related to gender in politics? Through different exercises and role-play scenarios, participants are encouraged to reflect on their own situation. The training pushes them to apply the course learnings to their personal environment and discussions are launched about how participants think it would be constructive and valuable for them to support gender equality. For this, it is crucial to identify and understand the contexts in which men and women are actively promoting gender equality. The Ally Continuum created by American consultant Jennifer Brown illustrates how we move step by step from being unaware of discrimination to becoming an ally for minorities. Participants are invited to share a benefit and a burden of being a man or a woman. In parallel, we interviewed Masheti Masinjila, a Kenyan researcher whose work focuses on gender and has spent a lot of time in several public and institutional settings training on gender-sensitivity. He exposed how gender is a socially constructed concept limiting both women and men and presented his extensive work in gender-programming to unpack the unconscious biases discussed previously. Focusing on cultural and systemic biases, the Male Allies course guides participants through a process to understand how sexism builds barriers which need to be overcome and how institutions may reinforce or deconstruct these barriers. Masheti’s expertise highlights how deeply entrenched gender bias is in each of us and how it impacts everything around us.

What makes a good ally?

Once we understand what an ally is, we need to think about what makes a good ally. A deeper understanding of barriers to women’s participation in politics and men’s collaboration to it allows men who are already aware of gender issues to become great partners for women by taking responsibility of their own actions and by creating initiatives to promote it further. This is illustrated throughout the course with many case studies, starting with GPG Associate Meg Munn sharing how, back in 1997, there was a safe space for women in the Labour Party where they were able to gather and share their thoughts on inclusivity or other issues they encountered. It was a space which was respected and taken seriously by men, and where women could be attentively listened to. That kind of allyship, at that time, was key to ensure that women would have a space that was theirs and where they had agency. Stephen Gethins also addresses what parliaments can do to take into account personal circumstances. When he was himself an MP at the Scottish Parliament, it was still his wife who had to do a lot of sacrifices to take care of their children because of the many long commutes he had to do to go to Westminster. This shows how men would also benefit from having family life taken into account by institutions, in this case parliaments where a more inclusive model could benefit fathers as well as mothers. But men need to be actively involved in requesting more from themselves as much as from the institutions for which they work.

Finally, this learning process wouldn’t be complete without truly grasping how to substantiate sustainable culture shifts in which men remain ever-progressing ‘Good Allies’. For this, GPG involved leaders from not-for-profit organisation One Young World to bring their perspective on durable equality. One Young World is driven by young entrepreneurs, activists and change-makers from all over the world. They shared insights from their own countries – in this case, Japan and Colombia – and explored the role of media in reproducing discourse around gender equality and allyship as well as pressure on men to fulfil their own constructed roles in society. Involving One Young World leaders was certainly prolific as they shared the similar awareness, sensitivity, and optimism about gender inequality amongst both countries, analysing why these barriers still exist today in such different contexts. Indeed, such similarities between two countries that are so geographically and culturally distant is an undeniable sign that gender inequality is a systemic issue which does not account for country borders. Discussing with these young leaders was truly valuable to me, their motivation, background and energy to do this work proves that we all have a role to play in the fight for equality, in particular young people. We are stronger when we get together to do so. To make institutional change last, we need to build communities around it that can maintain it.

All in all, the Male Allies course guides participants on the journey to becoming an advocate for gender equality. The programme pushes them to reflect on their own. They are not presented with statements they should immediately believe but rather are presented with situations that will trigger the participants’ own thinking process. Through multiple case studies, examples, exercises and tools, we unpack and understand the importance of unconscious biases and systemic barriers to gender equality. This fully flexible training frames a new approach to the thematic of women in politics. Educating women is not enough to solve gender inequality, and the emerging concept of Male Allies in gender programming is a proof that actively involving men has become essential to make further progress in the quest for equality. 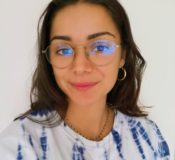