Development and Democracy vs Diplomacy and Trade? The future of ‘working politically’ in the new FCDO

Continuing our series on the merger between DfID and the Foreign Office which led to the birth of the FCDO, GPG’s founder Greg Power warns of the challenges that lie in the very different ways the two departments understand the political nature of their task.

About a decade ago, I and a DFID governance adviser based in Yemen were discussing the difficulties and security risks of operating in highly fragile and conflict affected countries.  At that time Yemen was relatively peaceful, especially compared to now, and she commented that in fact the only ‘hostile environment’ she had encountered directly was when she tried to engage the diplomats in the British Embassy with one of her governance projects.

The comment was obviously intended to be funny but, as Homer Simpson likes to say, “its funny because it’s true.”  There has always been a fundamental tension between the way in which DFID and the Foreign Office approach governance and politics, and the merger of the two Departments will bring those tensions to the fore in the coming months and years, as the newly-minted ‘FOCADO’ seeks to work out how it functions, and what it is actually seeking to do, in the highly sensitive political operating space in other countries.

To start with, at an organisational level, there is some discussion about whether DFID’s cadre of governance advisers will continue to exist at all.  In terms of promoting development work, the new FCDO will need to rely heavily on the skills of health, education and infrastructure specialists that existed within DFID, but were largely absent in the FCO.  Likewise, development economists will provide valuable expertise and perspectives in the new ministry.

With the governance cadre, the case is less clear.  The value of governance experts has been to bring some much-needed political context to the development agency’s work.  The greater use of political economy analysis, and initiatives such as ‘thinking and working politically’ have undoubtedly enhanced its ability to effect change.  So much so, the international development field has congregated in agreement around phrases like ‘politics matters’ in the last few years.  But, very little of this will be new or illuminating to FCO staff that have spent a large part of their career immersed in politics and governance, and who always knew that politics mattered.

The merger of Australia’s Department of Foreign Affairs and Trade (DFAT) with Ausaid in 2013 offers some telling comparisons on this front.  An ODI assessment of the merger highlighted, in the first instance, a shift in emphasis which meant that ‘development work’ had to be increasingly aligned with, and informed by, Australia’s diplomatic and economic interests abroad.  But also found that Australia’s development professionals came into increasing contact with DFAT’s foreign affairs and trade specialists for whom political analysis was already fundamental to day-to-day operations, and which they considered an existing part of their tradecraft.

The experience highlights a potentially deeper division between development and diplomacy, namely that the respective ministries largely work form different understandings of what they mean by ‘politics’, and thus how they go about doing it.  By definition, the FCO is steeped in realpolitik.  Much of its day-to-day activity has always been in addressing and defusing immediate and potentially explosive political problems.  Its political work has therefore tended to operate mostly at the senior levels of government, dealing with ministers, politicians and the civil service in other nations.

In contrast, DFID’s governance work has generally had a longer time-horizon, aiming at structural changes to policy and service delivery.  The political economy approach that has characterised DFID’s recent years would undoubtedly add new dimensions to the skills of FCO diplomats.  But it has also been more concerned with promoting civil society to achieve those ends than engaging with politics and power inside the institutions of government.  This is partly down to the staff makeup of the department itself, which has tended to recruit people from development backgrounds and not through the traditional civil service route common in other ministries.  An ICAI survey of governance advisers in 2018 found that more than half had come either from NGOs, think-tanks or multi-lateral agencies like the UNDP.  Only 7% came from other government departments.  Tony Blair, the Prime Minister responsible for its creation, and a staunch defender of its work, still likened DFID to an “NGO inside government”.

This profile has shaped its outlook on politics.  Because many of DFID’s officials had civil society backgrounds, political problems tended to be framed primarily in civil society terms; as issues that required lobbying, advocacy and stronger NGOs that could demand accountability from their  politicians.  There is undoubted value to this sort of programming.  But it often led to a tone in many projects that seemed to regard the process of politics as slightly distasteful, and that politicians needed to be dealt with at arms-length, or shouted at from a distance.  In conversations with governance advisers one often came away with the impression that it was politics itself that was the problem they were trying to solve.

Ultimately, as James Robinson and Daron Acemoglu explain in The Narrow Corridor published last year, political development is usually the result of productive tensions between strong political institutions and strong civil society.  This is the balance that the FCDO will need to find in its approach to governance.  The promotion of democracy and development requires simultaneously working inside political institutions, and outside in civil society – and drawing on the skills of both previous departments in doing so.

There is no shortage of examples on which to draw, or problems of this sort that need facing.  The premature end of Jacob Zuma’s kleptocratic and clientelistic South African presidency in 2018 was hastened by the combined efforts of civil society activists with ANC members and MPs, tired of the inefficiency, waste and corruption under Zuma.

Similarly, the protest movements that have shaken the political establishment in countries such as Iraq and Lebanon in the last couple of years are unlikely to lead to long-term change, unless they can be channelled.  In part, that depends on working with activists, helping them to organise, supporting the creation of new political parties, and encouraging new independent candidates at elections.  But it will also depend on finding allies inside the political system, altering the existing incentives, interests and outlooks within established political parties, the parliament and government ministries.

Striking the balance will be a difficult task, especially given the organisational complexities of creating a new department.  But there is potential in one of the more overlooked features of merger, namely the delegation of authority to the UK’s Embassies abroad.  Under the new FCDO the ‘Heads of Mission’ – Ambassadors, Consuls and High Commissioners – will have ultimate responsibility for how the aid budget is spent in individual countries.  The latitude that they appear to have offers potential for a more nuanced, targeted and realistic form of political programming.  But, in addition, given that they are predominantly drawn from those with long and varied international careers within the FCO, they are probably in a better position than most others to understand, and navigate, the sensitivities inside government, and the role of the public in pushing for change.

How well they can perform that role, and find the balance between promoting the UK’s interests abroad with supporting the interests and development of the countries we engage with, remains to be seen.  But it is likely to depend less on the new department agreeing that ‘politics matters’, and more on determining what ‘politics’ actually means. 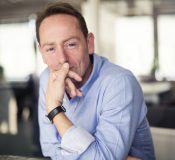 Written by Founder and Board Chair of Global Partners Governance, Greg Power.