Egyptian Parliament and the Covid-19 pandemic: an active parliament regardless of the crisis

Habiba Mohsen is a Research Assistant for the Centre for International Development and Training (CIDT), at the University of Wolverhampton. Habiba worked as a Project Manager for GPG at the Cairo office. She has also worked as a Project Coordinator at the Asfari Insitute for Civil Society and Citizenship in Beirut and the Arab Forum for Alternatives in Egypt. In this blog, Habiba writes about the Covid-19 crisis in Egypt how the House of Representatives reacted to the pandemic.

Overview: a quick timeline of the crisis in Egypt

Up until the 5th of March 2020, life was quite normal in Egypt. Only 3 cases of Covid-19 were recorded at the time, and no deaths due to it. The only exception was the sudden visit of the Egyptian Health Minister, Hala Zayed, to China; as a sign of official solidarity between the two countries.

Only a day later, a dozen other cases were reported in Luxor, on a touristic boat in the Nile. This incident pushed the Ministry of Health to up its response level. However, the government did not impose strict measures against the spread of the virus until the 24th of the same month, when the Prime Minister announced a strict curfew to stop the spread of the virus: stopping all movements on public roads from 7:00 PM until 6:00 AM, closing down all public transportation between 5:00 PM and 6:00 AM, closing all shopping centres, malls and nonessential shops at the same hours and closing them completely on the weekend. The measures also included a full shutdown of restaurants, cafes, wedding halls and all other entertainment centres same as places of worship (which was a highly contested decision); as well as public services such as the public notary, the vehicle operator’s authority and so on.

These decisions were highly controversial, like in many other countries in the world: Some people argued these decisions were not enough to face the virus and that the country needed a full lockdown; while others, including prominent businessmen, were more worried about the situation of the economy, regardless of the infection rate and the capacity of the national healthcare system; between those blaming ordinary citizens for not following government directives to avoid crowded places and social distance, and those believing in wide-spread conspiracy theories. It is to mention that a widespread concern at the time was rising from the large number of informal and irregular workers, who are faced with the fatal decision to either die from the virus or die from hunger. Similarly, some imams and priests ignored the government directives by holding prayers secretly in private homes or on tops of buildings.

The limited lockdown measures have been eased by the government starting the 23rd of June 2020, gradually reopening entertainment facilities, cafes and restaurants as well as places of worship. The official data concerning the death toll due to Covid-19 remains limited (5560 cases according to the Ministry of Health’s data), while unofficial estimates insist that the real numbers are much higher than that, since many of the deaths went undiagnosed or even died before reaching any hospitals.

Egyptian House of Representatives: activity during the crisis

Despite the global pandemic, the HoR remained quite active during the pandemic. The media often reported some MPs blaming citizens for the rapidly spreading virus by neglecting the government’s directives in following the basic rules of hygiene, ignoring social distancing and not wearing masks in pubic places; forgetting that the larger categories of the populations lack the proper spaces or resources to abide by these rules. It is to note that 11 MPs and more staff members have been affected by the virus.

In July 2020, a number of important legislations were amended, such as the Central Bank law, the law of the “Sovereignty State Fund” (allowing, among other things, the President of the Republic to move the ownership of State assets to the Fund without authorisation from the parliament) and the amendments to the income tax law (aiming to re-structure the overall taxation policy). Also, in a secret session, the House of Representatives unanimously authorised the president of the Republic to send military troops to Libya, to support the government of Khalifa Haftar in the face of the Turkish backed Tripoli-based government.

In August 2020, The Egyptian House of Representatives has approved a new loan from The World Bank to support the state’s efforts in fighting the pandemic, with an approximate value of 50 million dollars. MPs dismissed most questions about the ability of the Egyptian economy to pay this loan back by declaring that these loans are still within the safe limits, that the Egyptian economy is healthy enough to pay them back, and accusing those who claim otherwise of belonging to the outlawed “Muslim Brotherhood”. The parliament has also approved a grant from the Kuwaiti government, with an approximate value of 3.2 million dollars, to assist the government’s efforts in combatting the coronavirus. It is to mention that this Kuwaiti grant is directed to purchasing all necessary materials and equipment for the healthcare system in their fight against the virus.

One of the most significant legislations approved by the House of Representatives during the pandemic was the “Symbiotic contribution” law, which allows the government to reduce the wages of the workers in both public and private sectors by 1% and 0.5% of pensioners for a period of 12 months to face the economic repercussions of the pandemic. While this new taxation seems minimal, it has a negative impact on both popular and middle classes in Egypt, already suffering from the consequences of an economic crisis which started in 2016 with the free floating of the local currency (the Egyptian pound), in addition to the other negative impacts of the pandemic. On the same note, independent analysts refer to newly approved amendments to the law on income taxation, which had considerably reduced taxes on stock market exchanges and on capital profits. Generally, this means that mitigating the negative impact of the pandemic will mostly fall on the shoulders of the popular and middle classes.

While the global pandemic caused the House of Representatives to postpone its sessions due to safety measures. It is, however, required to rush and issue a few “essential” pieces of legislations before its mandate expired in January 2021. Therefore, the House Speaker has called for an additional legislative term, held exceptionally before the end of the year to finalise these legislations. Examples of these include Electoral laws for the next legislative and local elections. 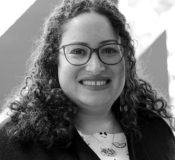 Written by Habiba Mohsen, Research Assistant at the Centre for International Development and Training (CIDT), at the University of Wolverhampton.