Five unexpected stories from the frontline of politics

Despite widespread scepticism about politics and politicians, in every country around the world there are men and women driven by purpose and principle.  Their stories are rarely heard, but talking to these individuals about how politics actually works in practice, and making change happen, is invariably interesting, insightful and enlightening. Striving for change is rarely a smooth journey and the stories of our guests on the Politics, As Usual podcast are no exception. In this blog we share 5 examples from the podcast so far that highlight the absurd, unexpected, and sometimes life-threatening situations that people have ended up in due to their political beliefs.

What happens after you ‘Stop the Tour’ (Peter Hain, former Government Minister, Episode 1)

At age 16 Peter Hain moved to London with his family after his parents were forced to leave South Africa. By 1970 Peter had become “public enemy number 1” in South Africa’s newspapers. Aged just 19 Peter became the chairman of the Stop the Seventy Tour campaign as part of the British Anti-Apartheid Movement. The campaign was so popular that it tripled the membership of the British Anti-Apartheid Movement and led to the Boycott Barclays campaign in the 1980s.

The Stop the Seventy Tour campaign started after South Africa had refused to let the England cricket team tour South Africa in 1968 because they had called up Basil D’Oliveira to the team. D’Oliveira was born in Cape Town, had moved to the UK to carve out a cricket career and was classified by South Africa as “c”, meaning he wasn’t allowed to play cricket in “white areas”. Only three months after the cancellation, England sent an invitation to South Africa to tour England in 1970 which outraged Peter and many others.

Having succeeded in getting the cricket tour cancelled, and subsequently mobilising the different branches of UK anti-apartheid movement in disrupting the South African rugby team’s tour of the UK, Peter Hain had angered South Africans. Peter was on the receiving end of retaliation, the first of which was receiving a letter bomb in 1972. As Peter describes it:

“…it arrived amidst a pile of campaign mail on the family table, I was living at home with my parents in south west London, and my young sister opened the post and there was this horrendous construction of consoles and wires and a timing device. When the bomb squad descended on the house to take the bomb away and make it safe, they said there was a problem with the timing mechanism… [the bomb] was of a kind that the Apartheid security police were sending across the world.”

To hear more of Peter’s courage in the face of an ever-challenging political landscape and the other terrifying ways in which South African’s sought retaliation, listen to Episode 1 of Politics, As Usual.

“I will not make that movie in my country” (Gordana Čomić, Serbian MP, Episode 10)

Gordana Čomić could be described as a reluctant politician. She had always been active and passionate about politics but her real love, and the career she was chasing, was in physics in which she lectured at the University of Novi Sad in Serbia. Things changed for Gordana after a law was adopted in Serbia stating that if you work at a university you were required to sign a contract stating that you will not be either politically active or a member of a political party.

Gordana’s frustrations with her country reached boiling point when the Serbian army were being used to expel Croatian people “like Nazis”. It was at this point that she decided she wouldn’t simply accept what was happening, confronting officers and not backing down even after being threatened with being shot, leaving a soldier in no doubt of her feelings by telling him “I saw movies where Nazis took Jews and others, I will not make that movie in my country. So the price is that you will beat me or shoot me? Be my guest.” These terrifying events drove her to become even more politically active in an effort to ensure that the fears she held for her country were never realised. Gordana has served in the National Assembly of Serbia since 2001.

Hear Gordana’s fascinating accounts of Serbian politics in full in Episode 10 of Politics, As Usual.

Andrew Feinstein’s interest in the global arms trade began, as he describes it, “not by choice”. Andrew was elected as an African National Congress (ANC) MP in South Africa in 1994 with a role mainly focussed on finance. Whilst serving as the senior member on the Public Accounts Committee he received a report from the Auditor General suggesting that there was evidence of massive corruption in a controversial arms deal which took place in 1999. Andrew soon discovered that the corruption ran deeper than the Auditor General had initially thought and the pressure on him to drop the investigation from his own party was huge. He was told in no uncertain terms that if he continued with the investigation into the arms deal that he would be thrown out of the party, however, if he dropped the investigation immediately he would go on to have a glittering political career for decades to come.

With the investigation in full swing, the Speaker of Parliament told Andrew that he was to speak at an arranged press conference and read out a pre-prepared statement which simply said that the committee had been wrong and that there was no corruption. Immediately after speaking to the press, on a drive to the other side of Cape Town, Andrew heard himself reading out the statement on the radio and by the end of the car journey knew that he couldn’t continue to support that story. A second press conference was organised that day where he told the press the circumstances of the first press conference and retracted everything he’d said previously. The two press conferences were 90 minutes apart. The ANC had shaped and defined Andrew’s political values as a young man and to be called “traitor” by ANC members for pursuing the investigation was a great source of conflict for him. However, he saw the task of exposing and removing corruption as completely in line with his values as an ANC politician.

To hear more of Andrew’s experiences as an ANC politician and some astonishing insights into the global arms trade, listen to Episode 5 of Politics, As Usual.

In the late 1960s a man named Ronnie Kasrils recruited a number of young people from the UK to travel to conduct covert missions in Apartheid South Africa. Posing as tourists, they smuggled in banned literature and pamphlets, distributing them in public places to deliver the message that the African National Congress was alive and well. This group of strangers earned themselves the affectionate name ‘The London Recruits’. Tom Bell and his brother Ron were recruited to distribute leaflets highlighting the work being done to defeat apartheid and keeping the African National Congress alive. The chosen method of distribution was via a device known as a “leaflet bomb”, which is exactly what it sounds like. Listen to the podcast to find out exactly how the “bomb” was operated.

Fellow recruit Mary Chamberlain was also selected, along with her boyfriend at the time, by Ronnie Kasrils but her role involved fewer explosives. Their first job was to get married and emigrate to South Africa, taking with them all of their personal possessions and 5,000 copies of a comic called ‘Simon and Jane’ in which the titular characters are married but separated by apartheid, then Simon goes off and is taught how to make and use various weapons, all of which is shown in graphic detail. Mary had a close call when taking her and her partner’s 21 cases through customs after being stopped by a Customs Officer who Mary informs us was both “colour blind and severely myopic” and when asking what was in their cases was seemingly satisfied with the answer of “pillows”.

To hear the full panel and more stories of narrow escape with recruits Ron Bell, Tom Bell & Mary Chamberlain, listen to Episode 6 of Politics, As Usual.

At the start of this post we said that we would be sharing with you some “unexpected” positions people can get themselves into through politics. In 1997, the most unexpected scenario for Stephen Twigg was that he became a Member of Parliament in the General Election. At this time the constituency of Enfield Southgate was a seemingly safe seat for the Conservative Party, occupied by the then Defence Secretary, and many people’s tip to become the party’s next leader, Michael Portillo. “My ambition, once I’d realised that Labour was going to do very well nationally, was to get his majority below 10,000” Stephen tells us in the latest episode of the podcast. When asked at what point it had become evident that he might perform better than that, his answer was “four days before the election.” At 3am on 2nd May it was announced that Stephen Twigg had beaten Michael Portillo – an election-defining result.

In 2005 Stephen lost his seat, but this time he had thought he would scrape through to retain it, which dealt a devastating blow. When asked how it felt to lose his seat in the ’05 election Stephen said “it’s a bit like dying, but also being the bereaved relative at the same time.”

Stephen stood in the parliamentary election for the Enfield Southgate constituency three times and each time was surprised by the result. Although his time in this constituency had come to an end, it wouldn’t be the last time he would stand for parliament. To hear the developments of Stephen’s journey through Westminster politics and beyond, subscribe to Politics, As Usual and listen to the full interview with Stephen Twigg released Wednesday 22nd January.

Politics, As Usual is available wherever you get your podcasts: 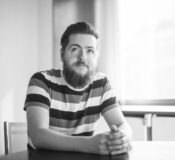