Four Presidents and two Congresses later, what is next for Peru?

This blog was written for GPG by Claudia Sevillano, Lecturer of Economics and Law at PUCP (Pontifica Universidad Catolica de Peru). In this piece, she recounts the many developments Peru went through in recent years and contemplates what future awaits the country after this time of crisis.

The story behind Peru’s most recent political crisis

Last year, almost every single country in the world faced the tremendous challenge of battling a global pandemic, a crisis capable of overwhelming some of the strongest healthcare systems in the world and which to this day remains a big threat. While countries try their best to recover their economies and vaccinate their citizens, Peru has had to face an additional political crisis that continues today.

There is a popular quote in Spanish that says: “Tanto va el cántaro a la fuente, que al final se rompe”. Something like: “Keep pushing and it will finally break”.

Over the last 4 years, Peru has been involved in an endless political confrontation between two of the main government bodies: the Congress and the President. This led, in those same 4 years, to 4 different Presidents and 2 Congresses.

What exactly happened in Peru?

In 2016 Pedro Pablo Kuczynski was elected President of Peru. In the final round, he defeated Keiko Fujimori, daughter of former President Alberto Fujimori who ran the country between 1990 and 2000 and is currently in prison. Unlike in 2011, this election opposed two right-wing candidates. Kuczynski was elected, amongst other reasons, under the premise that he was a successful professional (some called him a lobbyist) and a ‘clean’ candidate with no previous corruption investigations. This is important to point out as since 2013 large corruption investigations have been ongoing, targeting former Presidents, Prime Ministers, and other high-level public officials and well-known transnational corporations in the country.

Fujimori lost the election, but her political party (Fuerza Popular) won the Congress by a large majority. Since then, Fuerza Popular built a strong opposition to Kuczynski’s government and a sense of conflict started to spread and surround different levels of government, only fuelling uncertainty and increasing the de-legitimization of politicians and institutions who were already being rejected by their people. After months of intense negotiations between President Kuczynski and Congress members, several new reports on the judicial system corruption, an impeachment process, and a pardon granted to Alberto Fujimori on Christmas Eve in 2017 (later revoked by the Supreme Court), a new investigation concerning President Kuczynski finally forced him to resign. Martin Vizcarra became Peru’s new President in March 2018.

Vizcarra’s government started its tenure aiming to appeal to the people of Peru, prioritising the corruption battle in the country and establishing a clear agenda to change many political rules. Despite some apparent efforts to lead Peru into a new era of government, the damaging environment between the new President and Congress continued. In September that year, Congress named a new member to the Constitutional Court of Peru (the highest institution under the Peruvian Constitution) in a session where the First Minister Salvador del Solar had previously enacted a motion to vote a proposal issued by Vizcarra to modify the rules for Constitutional Court election. Vizcarra argued that this appointment constituted the second vote of no confidence (he called it “tacit denial”) by the Congress in the same government (taking into account both Kuczynski and Vizcarra presidencies) and therefore had the authority to dissolve Congress. This is when tensions in Peru peaked, although Vizcarra immediately called elections for Congress in compliance with the constitutional mandate.

2020 started with an air of uncomfortable calmness. By the end of January, Peruvians had elected a new Congress, only set to complete the 1.5 years its previous iteration had left. However, as soon as Covid-19 started to showcase its strength, so did the newly elected Peruvian Congress. Populist messages were turned into controversial laws without taking technical advice into account, compromising public finances even further in a year where the Peruvian economy had already been seriously affected by the spread of the pandemic. The Constitutional Court has now declared many of those laws unconstitutional.

Even tough Peru was one of the first countries in Latin America to enter total lockdown by the middle of March and approved monetary incentives to both people and companies, Vizcarra was not free of criticism for his handling of the pandemic. During the first wave, Peru had the worst mortality rate per 100,000 population and millions of people lost their jobs.

In spit of his detractors, Vizcarra remained very popular among Peruvians, getting an unprecedented 80% rate of approval which contrasted with the low rates obtained by Congress and other public institutions. It was in this context that several accusations started to spread, involving Vizcarra in diverse corruption scandals. Still unproved, these accusations were used by the Congress to pass, after two failed attempts, a motion for the removal of Vizcarra who accepted the decision immediately.

This was the breaking point for Peru.

As Levitsky and Ziblatt state in their book “How Democracies Die”, democratic systems need checks and balances. They also require forbearance. Taking advantage of Constitutional gaps or forcing biased interpretations of the law can become a gateway to authoritarian regimes. Many Peruvians perceived the Congress’ decision as a direct threat to the Peruvian democratic system. This led to people taking to the streets all over the country (and abroad), protesting against the decision and the interim government led by the President of the Congress, Manuel Merino.

Peruvians questioned the decision of taking Vizcarra out just five months before the next elections and in the middle of a pandemic. This did not, however, mean that they supported Vizcarra unconditionally. People were openly in favour of investigating him at the end of his government. Protests were also the opportunity for people to vent their frustration, anger, and disappointment after witnessing four years of political turmoil. Anti-government protests escalated rapidly and on November 14 2020, during the biggest national demonstration in the capital, two students, Inti Sotelo, 24, and Jack Pintado, 22, died and other dozens were injured. National Police members were immediately accused of using non-authorized weapons to repress peaceful protests. Merino resigned the following day and a few days later, Peruvian Congress elected Francisco Sagasti to lead the transitional period until the next elections.

Sagasti assumed his position in government with three clear demands: (i) Implement a reform of the National Police, identifying those responsible for the deaths of Inti and Jack; (ii) Ensure the elections take place, and (iii) Control the pandemic. By the time this article is written, Peru is already dealing with the second wave of Covid-19 and is about to get into a new – more or less flexible – lockdown in 9 regions until mid-February.  Vaccines have not arrived yet and there is no progress in sight regarding the Police Reform or any prosecution for those responsible for November 14. Meanwhile, the final report issued by the UN rights office concludes Peruvian Police used excessive force in the November protests against the judgment of a number of local politicians, journalists, and citizens that continue to justify every action taken during the past November 2020.

What is next for Peru?

That is impossible to predict. This story might sound as yet another political crisis in a random country in Latin America, but it is not. Peru had achieved consistent growth for 12 consecutive years, was actively fighting to reduce extreme poverty and was committed to promote its citizens’ development while reducing inequalities. This crisis not only weakened our young democracy but also worsened our social divide, harmed our growth, and triggered polarization. We have all seen similar processes around the world. But while in other countries the pandemic might have slowed down turmoil (or just covered it for now) it seems this Peruvian crisis is far from over. For now, we are focused on an immediate goal: to hold elections on April 11, 2021. Anything beyond that will have to be addressed in the next blog! 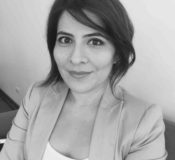 This blog was written for GPG by Claudia Sevillano, Lecturer of Economics and Law at PUCP (Pontifica Universidad Catolica de Peru).