Parliamentary response to crisis: How the HoC Library adapted to Covid-19

Edward Wood is the Director of Research at the House of Commons Library in the UK Parliament. He covers how the institution responded and adapted to the Covid-19 and what challenges it faced when making resources available for MPs and staff.

The UK House of Commons Library is a research and information service for MPs and their staff, known to all MPs as simply the Library. We provide four main services: information resources (traditional library services, online and in hard copy), impartial research publications, a confidential requests service, and training in information literacy and research skills. With over 200 staff we are one of the world’s larger parliamentary libraries, although we are dwarfed by the Congressional Research Service in the USA.

In 2018 we celebrated our 200th anniversary. Thomas Erskine May, the thirtieth Clerk of the House of Commons, began his parliamentary service as Assistant Librarian in 1831, at the age of 16. May went on to write “A Treatise upon the Law, Privileges, Proceedings and Usage of Parliament” (the “bible” of parliamentary procedure, known to parliamentary nerds everywhere as Erskine May).

Why all the history? Well, a long and distinguished back-story can sometimes get in the way of reacting quickly to changes in the political and technological environment. But in late March this year, when the UK went into lockdown, most of our team had already been working from home for a couple of weeks. Over the past few years we have increasingly embraced new tools and ways of working, and most of us had already got used to working from home occasionally. Shifting our operations to enforced home working had been a large part of our contingency planning for some time, but whether this would work in practice had never been tested.

We switched from a traditional telephone system to internet-based telephony a couple of years ago, and although there continue to be a few problems with dropped calls etc, this undoubtedly made it much easier to work from home. A colleague doesn’t need to know if you’re in the office or not, if you’re logged on they can just send you an instant message or call you on audio or video.

A few years before that we replaced our desktop PCs with laptops. In the office, the laptop connects to network or screen through a docking station, but at home the laptop can be used solo, connected to home wi-fi. And we’ve been working hard to make bespoke library applications and subscription databases available out of the office too, although some work better than others.

Our IT department (known as the Parliamentary Digital Service) deservedly won plaudits for developing a platform for “hybrid” plenary debates in the Commons, combining the contributions of those who were physically present (but socially distanced) in the chamber with remote online contributions from other MPs. Less well known is that they achieved another triumph, rolling out a well-known video-conferencing platform to the entire parliamentary community in a few weeks, giving us a secure and much more effective platform for online meetings than we had been using previously.

In normal times our “front office” is an ornate Victorian Gothic library suite in the Palace of Westminster – conveniently located a few yards from the debating chamber, enabling MPs to nip down the corridor to arm themselves with facts and figures in the middle of a debate. Here in the Members’ Library we provide books, newspapers, journals, and copies of our research briefings. The front of house team is also the gateway to our confidential requests service. The team completes reference requests such as finding parliamentary documentation, and passes questions needing subject knowledge on to one of our research teams.

The Easter Recess started in late March, and from that point onwards we withdrew staff from the Palace of Westminster, and moved over to a remote service. We provided most of our library and research services from home without too much disruption, sourcing requests for reading material digitally where possible. MPs who were still braving the journey to Westminster missed the hard copy daily papers which are normally displayed in the library. Inevitably some traditional library tasks like cataloguing can’t be done so well at home, so there will be a bit of a backlog when we do return.

Requests for research normally come in person, by phone and by email, and the front of house team use a subject directory to identify the right specialist to send the request on to. Most calls and emails come from a researcher in an MP’s office rather than the MP themselves. Requests cover scrutiny of legislation or the actions of government ministries, problems faced by constituents, local issues that are causing controversy, policy development and so on.

Although the physical library is what most MPs picture when they think of our service, most of our people work (or used to work!) in an anonymous open-plan office block ten minutes’ walk from the Palace, shared with other teams including the Committee Office. The research teams are organised in broad subject areas such as Science and the Environment or Economic Policy and Statistics. There are about 90 researchers in all, most of whom have detailed knowledge of a specific policy area.

We don’t really miss the building, but we miss bumping into colleagues in the lift or the canteen, or wandering over to another desk to get some advice on a tricky issue. A few have found working at home significantly harder, for a variety of reasons including isolation, childcare (due to schools being closed) and lack of a private, comfortable area to work in. Managers have spent a lot of time providing updates and answering questions from staff (where they can!). When life begins to return to normal, most of us would like to continue working from home more often than we used to.

Curiously, the number of research requests we received in the early days of the pandemic were much lower than normal. Calls to MPs’ constituency offices from our customer service team suggested they were overwhelmed with highly specific questions about health, employment, lockdown rules etc, and most of these could be answered using information from official sources – and our own explainers, which of course are available online.

Our researchers produced briefings on the government’s response to the pandemic at a ferocious rate, and many of these received much larger numbers of views than normal. Two years previously we had taken the novel (for us) step of appointing an editor to coordinate our content on the major topic of the day, Brexit, and when the coronavirus hit we asked him to act as editor for coronavirus too! He encouraged researchers to write shorter briefings with a shorter turnaround time, and to update them frequently as the situation changed from day to day, hour to hour. We have also coordinated our work more closely than usual with our colleagues in the Parliamentary Office of Science and Technology. POST has produced a superb running commentary on the science behind the response to the pandemic – which of course has also moved very fast due to unprecedented international collaboration and focus. Like many other parliamentary libraries, we created a web page to bring all of our briefings on coronavirus together in a single place.

From the beginning of July we began to run services in person again from the Members’ Library. We didn’t want any staff who weren’t ready to return to feel pressure to come in, and we also knew some colleagues were keen to get back. So the library team is currently made up of regular front of house staff and colleagues from other teams who have volunteered to help out. Colleagues have been pleased to see MPs face to face again, and this seems to be mutual! We have installed safety measures similar to other libraries, including fetching Perspex screens at the enquiry desks and a 72 hour quarantine for returned books. For the time being we are continuing to operate the phone and email requests service remotely.

I went in a few days ago to help provide a skeleton service before a full rota was up and running, and going back to Westminster for the first time in three months was a strange experience. It reminded me of the pre-election period, when the Palace is just about the quietest place in London, the difference being that now there are very visible social distance markings everywhere. There are heavy wooden doors which had to be hauled open seemingly every few yards, making me very conscious about washing my hands regularly. I ate in the canteen in our modern extension, Portcullis House, again appropriately distanced from the (handful of) other diners. Disappointingly no MPs visited the library during my shift – but then, Fridays in July when the House isn’t sitting have never been lively!

Despite our mission to inform MPs, we are just as much in the dark as everyone else about how the slow return to normal will progress – but it seems certain that the pandemic will have changed the way we work in the Commons Library forever. 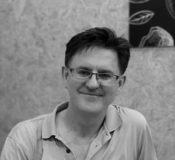 Written by Edward Wood, Director of Research at the House of Commons Library, UK Parliament