How to promote inclusive governance in fragile and conflict-affected states: Insights from a review of the Dialogue for Stability programme

This blog post is based on lessons from GPG’s review of NIMD’s Dialogue for Stability programme conducted in partnership with Alina Rocha Menocal of ODI.

The World Bank estimates that 50% of all extreme poor will be living in conflict-affected environments by 2030[1]. This increase in the number of people living in places experiencing violent conflict is not only a critical development challenge in itself but also one which threatens to undermine efforts to alleviate extreme poverty in low- and middle-income countries.

Democratic institutions in fragile and conflict-affected states are mostly either non-existent or substantially weakened by years (and sometimes decades) of conflict. Building inclusive political processes and strengthening democratic institutions is an essential element of peacebuilding and facilitating positive political transformations. The increased recognition of the role effective, accountable and inclusive institutions play in promoting peaceful and inclusive societies is enshrined in Sustainable Development Goal 16. A recent empirical analysis concluded that SDG 16 should be understood as a crucial enabler of all the other SDGs since “none of the SDGs will be achieved in the absence of peace and effective governance”[2].

This begs the question: what are the most effective ways for organisations to help institutionalise, or at least effectively promote, the principles of inclusive governance in countries experiencing conflict and/or political instability? This was a major question explored in GPG’s recent review of the Netherlands Institute for Multiparty Democracy’s (NIMD) Dialogue for Stability (DfS) programme.

DfS is a five-year programme funded by the Dutch Ministry of Foreign Affairs (MFA) and implemented by NIMD and its partners in five focus countries – Burundi, Colombia, Jordan, Tunisia and Ukraine. The project aims to contribute to more inclusive and legitimate political processes in fragile states through interventions targeted at the political system, political actors (mostly political parties), and the overall political culture.

Our review concluded that the DfS programme had achieved some impressive intermediate results in strengthening the political systems and democratic culture in the focus countries through the democracy schools and dialogue platforms but found the ‘political actor’ interventions to be less effective and innovative. The review delivered some valuable lessons on how to deliver democracy assistance more effectively in conflict-affected and post-conflict contexts:

In recent years, the development community has put increased emphasis on in-depth political economy analysis to understand the structures, actors and incentives at play in the programme context. What sets NIMD apart, however, is that they have successfully adopted this political analysis as a core element of their delivery. By keeping such analysis informal and continuous, NIMD have transitioned from thinking politically to working politically and, in doing so, ensure all activities are delivered in a manner sensitive to political realities of the context.

The DfS programme is largely implemented through an impressive network of local partners with a deep understanding of the country contexts and political environment. These partners are widely respected across the political spectrum and have a stronger convening power than many other organisations. Whilst local partners’ knowledge and contacts are undoubtedly a great asset, responsibility for political analysis largely falls to them which means approaches differ widely across the focus countries and decision-making is not always clear. NIMD’s challenge for the remaining two and a half years of implementation will be to continue working in politically smart ways whilst developing a more consistent institutional approach to operationalising political analysis and sharing lessons across country programmes.

2. Bringing everyone to the table

NIMD has invested a great deal of effort in identifying and building long-term relationships with local partners or local NIMD representatives deeply rooted in the political systems but not affiliated with a specific party or cause. Such people are hard to find – a challenge only exacerbated in conflict and post-conflict settings where well-connected and politically active people will usually have a strong identity or affiliation.

Our review found that selecting local partners and representatives with strong relationships across the political spectrum gave NIMD credibility and convening power unmatched by other organisations working in the democracy assistance space. As a result, NIMD was able to work with a full range of political groups which engendered further respect from groups traditionally excluded from such activities. We found that the democracy schools and multiparty dialogue platforms in Burundi, Colombia and Tunisia[3] played a crucial role in instilling respect for democratic values such as recognising the legitimacy of political rivals and rational debate. In doing so, NIMD created an effective platform for opposing parties to build collaborative relationships (and, in some cases friendships) across political divides.

3. The importance of flexibility in encouraging innovation and experimentation

The DfS programme relies on approaches and activities which have been tried and tested by NIMD in more stable political environments. DfS’ innovation, however, is adapting and tailoring these core approaches and activities to suit conflicted and post-conflict environments. Such implementation requires flexible implementation which allows and actively anticipates a degree of failure. DfS’ funder, the Dutch Ministry of Foreign Affairs, understands the need to be flexible and adaptative to cultivate innovation and as such, does not hold NIMD and its implementing partners to rigid, pre-defined targets. This incentivises NIMD to experiment with new approaches alongside their tried and tested interventions.

These lessons are only a handful of the insights gleaned from GPG’s review of the DfS programme. Overall, we were very impressed with what NIMD and its local partners have achieved in the current political contexts and look forward to seeing the final achievements in 2021. For more information on the findings of our review, please see a briefing note on lessons from the review recently published in the Journal of Peacebuilding and Development[4] here and the executive summary of our report for NIMD here.

[3] Although the review covered the DfS programme overall, implementation in Jordan and Ukraine had started later than in the other countries. The review therefore focussed disproportionately on Burundi, Colombia and Tunisia since there had been a full 2.5 years of implementation and intermediate results were more easily identifiable. 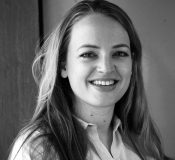