In Praise of MPs: a valedictory blog from a departing Director

This week’s blog is a goodbye address from our departing Director Sue Griffiths, who leaves us a moving and important reminder of the crucial role MPs play in preserving and advancing democracy.

Members of Parliament have a severe image problem. Mention that you work with MPs in almost any country in the world and you will usually be met at least with surprise, or perhaps concern, or maybe outright indignation. I’ve spent my entire career working with MPs, first in the UK and then internationally. I worked in the House of Commons during the 2009 parliamentary expenses scandal. At the time, shortly after the financial crash, we joked that it would be better to say you were a banker than admit to working in the Palace of Westminster. “They’re all the same”. “Snouts in the trough”. Too much holiday. Too much pay. Too little work. I’ve heard it all. So why bother?

I am not arguing that people are necessarily always well served by their current politicians. I am arguing that compared to other professions, MPs often work longer hours, face greater pressure, and are at higher personal risk, whether it’s from twitter trolls, or a real threat of violence. Looking back on eight years of work at GPG, which has brought me into contact with politicians and those who work with them in a whole range of different cultures, contexts and institutions, the aim has always been to get ‘better’ MPs. But how?

I’m sure there will be doubters, but I think that most politicians get into the job because they genuinely want to make the world a better place. You may disagree with how they think they will achieve that, and OK, there may be a few who are just bad people, but as in the wider world, that should not be enough to discredit the whole class. I am arguing that, to understand why there are problems in political systems, and to then do something about it, we need to go beyond blaming the individuals to identify the reasons politicians act as they do.

Fundamentally, I don’t believe that “they are all as bad as each other”. But neither do I believe that they are all as good as each other. The thing with politics is that everyone is entitled to an opinion. That’s literally the definition of democracy. But sometimes, this translates into everyone thinking they can ‘do’ politics equally well. In my view, this is simply not true. There are people who are good at it and bad at it. Politics is a craft like many others – there are good MPs and bad MPs, not just ethically or ideologically speaking, but in terms of effectiveness.

Where MPs act effectively, I have seen them deliver amazing results. From improving the conditions of migrant workers abused by their employers in Central Asia, to acting to stop judges from treating trafficked women as prostitutes in Central America, to simply opening a road to enable local traders to stay in business in the Middle East, MPs deal with, and can have an impact on, the whole spectrum of policy issues from the local to the trans-national. Even when their formal powers or their institutions are weak, the ability they have to convene government and the people is an important channel for change.

Unflattering parallels have sometimes been drawn between the world of politics and the world of showbusiness. MPs have certain incentives and pressures in any representative system. You might say that deep down, they really just want to be loved. Specifically, they want to be loved at approximately four-year intervals by people putting crosses on small pieces of paper. This fundamental democratic mechanism gets them into all sorts of difficulties. How can an MP face the electorate when, for example, they have no real access to funding to deliver on anything the voters want? Should they admit they are powerless to deliver? Blame someone else? Or try to find the money in ways we might not regard as acceptable?

Once they arrive in the job, MPs face this kind of dilemma all the time. They are often surprisingly ill-equipped to deal with them effectively. There’s no set job description for an MP, no professional qualifications or training course. If they’re lucky, they’ll have a couple of office staff and whatever support their party can offer (which if it’s an opposition party in a new democracy is probably fairly minimal). In countries where there’s been a transition, public expectations for rapid change will be astonishingly high. It’s often sink or swim, and the rates of MP turnover in many democracies suggest that career satisfaction is not that great.

So I am arguing that MPs deserve support. That’s not to say that we should be going around the world telling them how to do their jobs – the UK’s made too many of its own mistakes for that to be credible. GPG’s approach has always been to offer advice which aims to take account of the specific political realities – however unappealing – in which politicians find themselves, and to provide the space for reflection and strategic thought rather than constant fire-fighting.

In 2020, it seems that many countries (the UK included) are in a state of constant crisis. The demands on politicians are higher than ever as they are called upon to respond to situations which have literally never been experienced before. Mistakes will be made and ultimately the electorate will need to decide which are forgivable and which need to be punished at the ballot box. The relationship between citizens and their representatives has never been more important, but achieving a stronger culture of accountability and representation calls for an appreciation of what the role of an MP involves and how it can deliver change. Inevitably, this will always be a political as well as a technical exercise. Rather than seeing politics as a dirty word, this can only be done when we recognise the value of doing politics well. 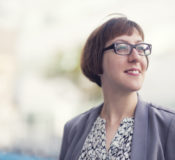 Written by GPG's former Executive Director, Sue Griffiths, on the occasion of her departure.