This week’s blog was written by Project Assistant Abdal-Rahman Eltayeb, who went back to his home country of Sudan after two years of absence to coordinate online sessions with the National Committee for Combatting Trafficking (NCCT) and support our work against modern slavery. He describes the transformations his country went through since he last saw it and the impact of the revolution on everyday life in Sudan.

Upon landing in Sudan following a two-year absence, I was eager to see some of the post-revolution changes that everyone was talking about. Like many other Sudanese youth, I had grown up in Sudan only knowing of one government in power and witnessed its fall through a series of tweets and images, whilst anxiously scrolling through my feed in London. As we drove home from the airport, I took the opportunity to take in the artwork on the streets of Khartoum that told stories of how young men and women stood in the face of a brutal regime and brought it down. We passed by the (in)famous sit-in site at the military headquarters, where Bashir received a popular vote-of-no-confidence—but was also home to painful memories of the June 3rd massacre.

My trip kicked off to an unpleasant start as I found myself running between police stations in hopes to retrieve a stolen license. As I ping-ponged between localities in Khartoum, I scanned the environment to see the effects of the new government’s policies on public life. The economic situation had sharply deteriorated, and its ill effects had started showing on people’s faces. The street became ever more divided, even more so than when Bashir was in power. While this, in and of itself, is a healthy sign of increased public discourse as a result of more freedoms—I was surprised to see the calls for return to military rule slowly grow in numbers. Proponents of this view will often cite soaring prices, sky-rocketing inflation rates, or the inability of the government to provide fuel, wheat, and other crucial services. Afterall, subsequent military governments were always able to provide these staple items…right?

That same day, I had to take public transport from Omdurman – the seat of parliament and my hometown – to Bahry, which is the locality across the Nile to the north of Khartoum. On the way, a fight broke out in the bus over fare increases. A concerned passenger demanded an explanation as to why his return fares are higher than his outward journey that same morning and accused the bus driver of jacking up the prices. The bus driver responded that diesel prices had changed the day before and that he can ‘take it up with the transitional government’. Despite the hardships, many still rejoiced over Bashir’s timely departure. Later that evening, after successfully obtaining my license, I thought of rewarding myself by paying a visit to the tea lady’s corner by my previous university. The obligatory question of how life feels post-revolution came up in conversation. She confirmed the deteriorating economic situation has taken a toll on her work, but quickly shrugged it off as she reflected how the revolution proved ‘successful when the secret police stopped harassing our kids in the neighbourhood’. To live without fear of persecution is indeed a pleasant feeling. Many believe that the government has put a lot of effort into reversing Bashir-era policies, the most recent of which is restoring relationships with the international community.

As of writing this article, the formation of the Transitional Legislative Council (TLC), was delayed yet again into 2021. This is a far cry from the original establishment date of 2019. The TLC is the interim parliament to be formed during the transitional period until power is handed over to an elected government. Under some authoritarian regimes, the function of parliament is often limited, and the performance of the executive is rarely scrutinised. The public are aware that the situation in Sudan is different now and that only the parliament can safeguard the ‘principles of the revolution’. The parliament’s ability to hold the government to account and question questionable policies may not immediately fix the economic situation but will help restore the public’s faith in the bodies of the state. Many in Sudan have not seen a healthy parliament in action for several years — and they are not sure what to expect from the TLC.

There is no denying that the transitional government is facing immense pressures on many fronts in the road to making a success of the transition and delivering on the promises of the revolution. The presence of the TLC is imperative as it is meant to represent the population, from all parts of the country and be a platform where citizens’ voices are heard and acted upon. The parliament will bring to light all issues facing the public, from the ongoing problems that people face in their day-to-day life to the wounds left by the previous regime’s policies.

GPG is hoping to work closely with the TLC once it is formed and provide a broad range of support that strengthens the parliament’s ability to work effectively and achieve its goals. 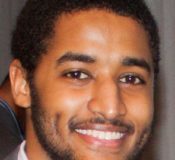 This blog was written by GPG's Project Assistant, Abdal-Rahman Eltayeb.