This blog was written for GPG by Eva Barboni, Founder & CEO of Atalanta. She examines how the multiple crises Lebanon went through in the past year particularly impacted women, and reflects on the barriers hindering Lebanese women’s access to leadership positions.

On International Women’s Day last year, Lebanese women took to the streets, advocating for equal rights and an end to discrimination and harassment. As the protest marches took place, I was en route to meet my GPG colleagues in Beirut, for what would be our last visit before the COVID-19 pandemic shut down much of the world.

At the time, we were working with the women’s wings of six Lebanese political parties, supporting them to enhance women’s participation within their ranks. We were also beginning our work with women who intended to run in the next municipal elections in Baalbek, a city in Lebanon’s beautiful Beqaa Valley.

On our regular trips up to that point, we had been consistently impressed by the dedication and bravery of these women—and their commitment both to their country and to the advancement of women within it. They knew their work was an uphill battle. At just 4.7%, Lebanon has one of the lowest levels of women’s political representation in the world. [1]

Despite this, the women taking part in the program had a steely determination to drive change. They would need this grit for the challenges that would emerge over the months to come, as the country was buffeted by political upheaval, an economic crisis worsened by the COVID-19 pandemic, and a devastating explosion in Beirut.

Multiple crises, with an outsized impact on women

These crises have had a disproportionate impact on women. The International Rescue Committee estimated that around “150,000 women and girls have been displaced” in the aftermath of the explosion.[2] Many Lebanese rights groups have cited more than a 60% increase in domestic violence reports amid COVID-19 lockdowns,[3] and according to UN Women, the number of women in unemployment has risen by 63% since 2017: “from 81,200 to 132,500.”[4]

Meanwhile, women have faced increased responsibilities in their families. School closures kept children at home for months, with women bearing the brunt of home-schooling responsibilities.[5] And as is the case around the world, women often took on the role of caring for those ill with the virus—putting themselves in harm’s way.

Amid all these challenges, there was reason for hope that this could be a turning point. Lebanese women stepped up to lead in their communities, helping their neighbours recover after the explosion, providing COVID-19 care, and supporting people made even more vulnerable by the economic downturn. When government services simply couldn’t keep up with the scale of the crisis, it was women who stepped in to fill the gap, deepening their ties to their communities and demonstrating the value of women’s leadership.

Although women play an active role in Lebanese society, they continue to face widespread discrimination and must overcome entrenched stereotypes.[6] This was highlighted in public opinion polling carried out by Arab Barometer in 2020, which showed that while 77% of Lebanese believe that a woman prime minister or president is acceptable, half believed that men are more capable political leaders compared to women.[7]

Widespread clientelism is another direct obstacle to women’s political advancement. In order to succeed, women often need to receive a man’s blessing to access the networks and support necessary to launch their careers and incur favours that could compromise their political independence. This also leads men benefitting from political patronage to see women as a threat—particularly if they are not allied with traditional parties.

Access to campaign finance remains a significant barrier to success for many women. While the financial resources required to run a campaign at the municipal level are significantly lower than at the national level, in the context of a crippling economic crisis, they still present a major challenge for many women.

Violence against women in politics (VAWP) also remains prevalent in Lebanon, as it is in many other countries around the world, and can have a significant chilling effect on potential women candidates’ willingness to put themselves forward for election. Research by UN Women on the 2018 elections found that 78.6% of the women candidates in the national parliamentary elections were subjected to political violence. Social media is fuelling the frequency of these attacks, enabling easy access to women political candidates; the same study found that 76% of attacks occurred on social media platforms.[8]

Resuming work amid the pandemic

When we had the opportunity in the Autumn to resume our work with women at the municipal and national levels to help them overcome these challenges, we were delighted to be able to do our part.

Over the past several months, we have designed and delivered a programme geared towards supporting women’s public leadership, drawing on the expertise of international experts such as Margaret Curran, former MP and Scottish Government Minister, Lord Jeremy Purvis, former Member of the Scottish Parliament and Lebanese Associates Dr. Josephine Zgheib, Dr. Halimé Kaakour, and Moataz Ghaddar. It has also been made possible through our partnership with the Lebanese Organization for Studies and Training (LOST), which has gone above and beyond to implement new safety measures and ensure that women can continue to access training despite the pandemic.

We’ve also been pleased to expand our work with municipal candidates to include women in Beirut, Ghazieh, and Tripoli, in addition to resuming our efforts in Baalbek.

Despite all the challenges that women across Lebanon continue to face, they have approached the programme with the same grit and determination that have helped them through this past year. We are humbled to support them on their leadership journeys, and we look forward to seeing all they will achieve.

[4] UN Women (2020), “Women on the Verge of an Economic Breakdown: Addressing the differential impacts of the economic crisis on women in Lebanon”, September 2020

[5] Save the Children (2020), “Lebanon: students miss half the school year due to double impact of economic and coronavirus crises”, May 2020

[8] UN Women (2019), “Tackling Violence Against Women in Politics in Lebanon” 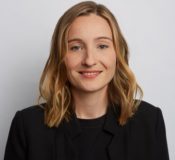 This blog was written for GPG by Eva Barboni, Founder & CEO of Atalanta. Atalanta is a mission-driven communications and campaigning firm with a focus on advancing women's leadership worldwide and accelerating programmes that tackle the root causes of gender inequality. Atalanta partners with GPG and LOST to deliver the Winning With Women programme in Lebanon.