“No-one knows everything about everything” : People, powers and practical approaches to decentralisation in Jordan

Sunday 17th February in Amman saw the culmination of a year’s collaborative work between local elected representatives in Governorate Councils in Jordan and GPG Associates, at a seminar to present their work, organised by GPG’s Jordan office. The event felt like a real step forward and a tangible demonstration of the potential of the decentralisation programme in Jordan to make a difference on the ground. As recently as October 2018, King Abdullah II declared that the aim of decentralisation was to ensure greater citizens’ engagement in the decision-making process, improve services and distribute the gains of development fairly among regions.[1]

Since the elections in 2017, GPG Associates with a variety of political experience have worked with groups of elected representatives in the governorates of Karak and Madaba to run Committees of Inquiry into Agriculture (Karak) and Tourism (Madaba) from blank page to completed report.  The Committees chose the subject matter, wrote the terms of reference and conducted witness hearings from experts in the field, with all the preparation that entailed as well as the analysis afterwards and the writing of the report itself. At the seminar, each Committee Chair presented the findings and recommendations of their report.

The Karak Agriculture report detailed the difficulties of access to water, crop diversification and the lack of marketing capacity for produce in rural areas, or the difficulties of getting it to markets. In the case of the Madaba report on Tourism issues ranged from marketing and traffic management to the high cost of travel to Jordan and the regulatory responsibilities of those trying to generate revenue from tourism.

We then discussed the next steps now the reports had been published, to look at how their recommendations might be implemented. The event itself was about keeping the momentum going and making sure the reports do not now sit on a shelf!

These two groups of councillors were breaking new ground in Jordan at a local level in setting a standard for evidence-based policy making. 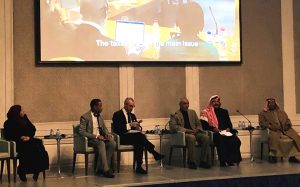 As Saed Haddadin, Chair of the Madaba Sub-Committee on Tourism said in response to a question about the value of this work, “No one knows everything about everything. We as representatives of our community need to make sure we are making decisions on the basis of accurate information and not just our hunches and beliefs. This process has meant that we now have real information on which to base our thinking about how to improve the lives of our citizens.”

The seminar was both a celebration of a successful outcome, and a way to disseminate the good practice developed within the project – with a number of invited representatives from other governorates including Amman. It also included the women elected representatives from the different layers of local and regional government in Jerash, who are undertaking another Committee of Inquiry into Increasing women’s economic potential.

Not only did the Madaba and Karak Committee members themselves very obviously feel a sense of satisfaction at having got to the point of publishing the reports, I was struck by how much the GPG Associates, who had worked with the Jordanian councillors for over a year, building up relationships and sharing expertise, were delighted that such tangible work had demonstrated real ownership by the committees and should make a real contribution to obtaining resources and taking action.

The essence of Decentralisation is the recognition that actions to improve the lives of citizens need to take place nationally, regionally and locally. Successful democracies need a pluralist approach with partnership between different levels of government and different sectors. We hope that these Committees of Inquiry can make a real contribution to Jordanian politics and to the economic goals of citizens. 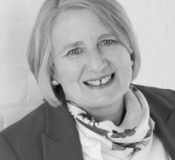