Parliament in the Time of a Pandemic: A Canadian Perspective

Kevin Deveaux is a GPG Associate and a Canadian lawyer who was elected to the Nova Scotia House of Assembly for the constituency of Cole Harbour-Eastern Passage. During his time as an MLA he served as the Deputy Speaker for the House and as the Official Opposition House Leader. Kevin has also worked for UNDP, including as the global Parliamentary Development Policy Adviser and  provides consulting services to parliaments through various organizations, including DFID, UN Women, the World Bank, the EU, FCO and UNDP. In this blog, Kevin dissects how the Canadian Federal Parliament has handled the COVID-19 pandemic

As with parliaments across the globe, the COVID-19 pandemic has had a profound impact on the Canadian Federal Parliament. In quite dramatic fashion the House Leaders of the four recognised political parties agreed to a motion approved by the House of Commons on March 13 2020 to suspend the work of the House for five weeks. Coming at the start of the pandemic it may be recalled that a number of parliaments were facing circumstances where MPs were becoming vectors for the disease. Under those circumstances an immediate decision was made to pause the work of the Parliament.

Overall, the work on establishing pandemic protocols in Canada have allowed for extensive cross-party engagement. This is likely the result of the October 2019 election which left no party with a majority of seats and a Canadian political tradition of not endorsing formal governing coalitions, leaving the governing Liberal Party with a minority of seats on all parliamentary committees.

Upon returning to work in April, the House of Commons agreed to move to a hybrid model of plenary sessions, with a minimal number of MPs in the chamber and the vast majority sitting virtually. A key challenge to the Canadian approach is that the Constitution requires that the Parliament sit in Ottawa, thus preventing fully virtual meetings. Indeed, the meetings online were technically a special committee established through a motion of the House that functioned de facto as a plenary session, but without the ability to pass formal resolutions or bills. In fact it became more of an oversight body with an extended Question Time.

Parallel to the online plenary sessions the March motion passed by the House before its suspension called for two committees to continue their work virtually and meet once per week – the Finance Committee and the Health Committee. For the former, it was also agreed that the Minister of Finance would attend the committee every two weeks to update the committee on fiscal matters and to answer MP questions.

A third committee was also quickly established online. The Procedure and House Affairs Committee has produced two reports related to the adjustment of protocols in the House. The first report, published on May 28, 2020[1], noted the need for core principles to be adhered to in adjusting the rules to accommodate pandemic social distancing rules. These included the paramount need to protect the health of MPs and staff, but also to ensure the security of House proceedings and to protect the rights and immunities of MPs. A key point of agreement amongst Committee members was to ensure that any changes to the rules due to the pandemic would be temporary in nature.

A second report from the Procedures Committee was published on July 2020.[2] Abiding the principles laid out in its first report, the Committee noted a number of key recommendations for the operation of the House during the pandemic. These included:

The most contentious point for debate amongst Committee members was with regard to virtual voting. Some presentations to the Committee had encouraged options that would allow proxy voting and bloc voting. Others were concerned with the security required to allow electronic voting. In the end the Committee recommended an electronic, virtual voting system for use where plenary sessions are hybrid, allowing MPs not in the chamber to vote electronically when a recorded vote was required. The specifics of such a system were not elaborated in the report and have been left up to parliamentary staff to work out.

Though the Canadian Parliament was originally taken off-guard by the impact of the pandemic, it was able to quickly move to the front of the line in adapting its procedures and protocols to accommodate virtual and hybrid plenary sessions. Key to this success has been the need for cross-party dialogue due to the minority government situation. It has also benefited from committees that are well-resourced and staffed that have been able to carry a heavier load with regard to oversight and to do the detailed work required to adjust the rules in a time of a pandemic. 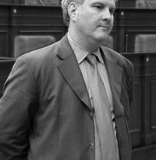