Parliamentary Response to Crisis: A Different Kind of Interlude

Six years ago I wrote a paper for Global Partners Governance that we called The Election Interlude. I can’t completely remember the circumstances or the particular parliament that led to the production of the paper. But we intended to stimulate thinking about how parliamentary staff could occupy themselves usefully during a long period when parliament was not sitting because an election had been called.

Basically all parliaments perform the same functions, and because the present crisis affects the whole world at the same time, every parliament can learn from how others have responded – even if some solutions will work better in some contexts than others (a Zoom plenary works better for the Manx House of Keys of 24 MPs than it would for a House of Commons of 650). This excellent comparative website produced by the Interparliamentary Union is a great way of disseminating this learning https://www.ipu.org/parliaments-in-time-pandemic.

In this blog, I have tried to think about what I would be doing if I was still the Secretary General of a Parliament to respond to this unique and terrifying interruption.

The very first thing (and there’s nothing unique to parliaments here) is for a leader to respond to the worries of his or her staff. Parliaments are places where business has always been best conducted face-to-face, and even if remote working takes the place of much parliamentary work in the short term, some people will still need to come to the parliamentary building. They need to be confident that their health and welfare are protected.

But remote workers will be worried, too – and without the face-to-face support of managers, their worries will be harder to spot. So the first thing I would be doing is reassuring my staff, by, for example, ensuring that occupational health staff are fully supported and that their professional advice is being implemented by managers.  Communications with staff here will be vital – and communications that are honest, helpful and believable.

After my occupational health colleagues, I would be talking to my ICT colleagues. What level of remote working is possible with the network that the parliament has? What problems are there going to be for parliamentarians and parliamentary staff who want to operate remotely, especially those who live in areas of the country with poor wifi (the experience of remote working is that a meeting proceeds at the pace of the slowest broadband of any participant)?

I would also want to know about the security of systems: for example, how can one guarantee that the person signing in as a parliamentarian (or, indeed, a member of staff) really is that person? And I would want to think about new problems that might come up. How could we be sure that a parliamentarian casting a vote remotely was not being physically intimidated to vote in a particular way, for example? Or how can the Presiding Officer control a bad-tempered, raucous debate online? What particular difficulties does a bilingual or multilingual parliament face?

Innovation may be constrained by provisions of the Constitution, of the law or of the Rules of Procedure. So I would also be asking my legal or clerking team what I could do that was constitutional and lawful – and what needed to be done to change the Rules of Procedure to enable new ways of working. And I would get them drafting.

In the short term, I would be encouraging all staff to try to concentrate on what is immediately important and to relegate what can be relegated to a later time. So a Research Service will need to produce papers on important issues for constituents affected by the COVID-19-induced economic downturn such as the benefits system or the support mechanisms for business. The outreach team will need to communicate externally with civil society and citizens so that they know that their parliament is still working effectively for them.

Committees are at the centre of parliamentary activity – the “kitchen” of a parliament, as the Jordanians put it. They may need to shelve some of their core tasks to concentrate on scrutinising the legislation and policy options being pursued to deal with the crisis. I would be reminding their staff that parliament’s reputation can either be enhanced or badly damaged by how those committees behave. Do they squabble? Are they negative? Or do they show responsible and constructive scrutiny?

I would also be conscious that there is a threat to parliaments in a crisis like this. There are some core principles of how a parliament should operate. The first is accountability: does the Parliament have effective means to ensure that the Executive and other public bodies are held to account? Preserving this principle in a time of crisis could be difficult – parliamentary scrutiny could be presented by Executives as a bothersome intrusion into their work.

A related principle is what I call robustness. By this, I mean ensuring that the parliament has the means and the confidence to ensure that it is a respected and powerful actor in the State. In a crisis like COVID-19, parliaments run the risk of being crowded out of public discourse.

Another important principle is fairness: does the parliament ensure that the rights of minorities within the parliament are properly respected? One idea some parliaments have suggested is to operate a parliament attended only by a representative group of MPs. But a pared-down representative parliament, where the party managers decide who will represent their parties, runs the risk of silencing minority voices – dissenters inside parties (“the awkward squad”) or very small parties or independent MPs.

And there is also a threat to another principle of good parliamentary governance: transparency. On-line working may allow more people to watch parliamentary proceedings, but the opportunity for engagement, whether of civil society organisations at a national level or individual citizens with their representatives may be diminished. There is an analogy with religious services in the current crisis. People may watch them, but they are not as engaged as they would have been before.

One other principle for an effective parliament is efficiency: does the Parliament work efficiently so that procedures and practices result in the maximum output for the effort expended? Here I worry that new ways of working that may be sensible in the COVID-19 crisis (for example, allowing Ministers to respond to parliamentary questions from their desks in their ministries; or allowing expedited procedures for the consideration of legislation; or reducing the number or length of sittings) will be presented as sensible efficiencies for the post-COVID-19 future as well. The British House of Commons for one has seen over time the permanent adoption of a number of procedures brought in to deal with a temporary crisis.

So I would want to be alive to the threats to parliament that crisis response may bring. But threats are always balanced by opportunities. Throughout society, there will surely be new ways of working and acting post-COVID-19 that will benefit society. This will be true for parliaments, too. I would want to think about the albatrosses around my parliament’s neck and how the crisis could be used to cast them off. Parliaments will be forced to think over the next few months about why things are done the way they are, other than because of inertia.

I suspect that it will be from younger parliamentary staff that the most interesting and innovative ideas will come. Indeed, it may be them who get to run our parliaments in the short term if older generations are kept in lockdown for longer. Now that’s an exciting prospect and a real opportunity.

Our ambition should be to enhance parliaments’ reputations during the interruption to normal parliamentary life that the COVID-19 crisis has brought, and for parliamentary democracy to emerge modernised, but also strengthened and re-invigorated. This is not without its substantial challenges, but, as Albert Einstein said, “in the midst of every crisis lies great opportunity”. Secretary Generals world-wide will be up for it. 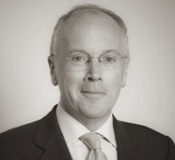