Launch of a joint paper by The Asia Foundation and Global Partners Governance: Virtual Parliaments: Principles and Practices

As a card-carrying parliamentary geek, I tuned in avidly to the first sittings of the UK House of Commons after the Easter recess, which offered a fascinating combination of ancient and modern. The august wood-panelled Chamber had been hastily fitted with large TV screens to feature appearances from Members of Parliament dialling in from far-flung constituencies, while the hallowed green benches had their slots for prayer cards (yes that is a thing) repurposed to hold red and green markers to ensure that the few MPs attending in person stayed at least the regulation two metres apart.

At Westminster, the so-called ‘Zoom Parliament’ has operated with surprisingly few hitches. Thanks to an incredible amount of work done by staff during the barely four weeks of the recess, debate and questioning of Ministers was able to continue through a ‘hybrid’ arrangement combining the Speaker and a few MPs in person with remote attendance from others. This was swiftly followed by an online voting system which has enabled the Commons to consider legislation successfully, despite predictions of technological doom and suggestions that partners, staff or even children of MPs might manage to vote on their behalf.

Around the world, similar scenes have been taking place, with local variations. Inabilities to find the mute button have led to incidents of swearing and toilets flushing, but most parliaments have found their way online and to a situation where they can continue to hold some form of meetings, with only a few choosing to suspend their activities entirely.

Inevitably, initial interest focused on scrutiny of MPs’ domestic backgrounds (in the UK, union flags have featured prominently in addition to bookcases, art, copies of Wisden and a dog). But scrutiny of government is the real job of parliament, and some weeks later, it is a good time to assess whether remote or virtual parliaments have been able to carry on this work effectively.

In March, GPG was asked by The Asia Foundation to support the Parliament of Mongolia in developing its response to the pandemic by looking at the different approaches around the world and comparing experiences. That Parliament has been effectively sitting by bringing together groups of MPs in different locations via a television link. An initial webinar on the experience of virtual parliaments brought together 25 participants from a range of countries to discuss their approaches, and has now been developed into a practical guide, published by GPG and The Asia Foundation today.

The guide takes stock of emerging practice from around the world, from small parliaments like the Maldives, to large legislatures like Brazil. Its aim is to distil the most important considerations for parliaments when moving to virtual sittings, as well as to ask how this experience might change our views and expectations of parliaments in future.

As in the wider world, the experience of the pandemic is likely to change patterns of behaviour and expectations in parliaments. Some see online voting as the way of the future, enabling busy MPs to exercise their mandate from afar without the need to travel hundreds of miles for a debate in which they may not even be called to speak. Others feel strongly that parliaments cannot really make a Minister sweat unless MPs are there in person to press their points and avoid the pitfalls of a conveniently pressed mute button or dodgy wi-fi connection.

As ever, the path is likely to fall somewhere between these two extremes. Globally, remote committee meetings have been seen as one of the more successful innovations, enabling a smaller group of MPs to continue to connect with citizens to understand their experiences – even more important at a time of crisis when economic and social pressures are high. The virtual option may also enable committees in normal times to engage a wider range of witnesses than those who could be physically present; or allow members who are unable to attend in person (perhaps through illness or caring responsibilities) to continue to participate in their work.

The concept of a virtual parliament might also become part of business continuity planning or an alternative set of procedures for future emergency situations. It might be used in cases when parliaments need to vacate their physical buildings (perhaps due to fire, flood or the need for building works) as well as any hopefully rarer, but longer-term disruptions like the coronavirus pandemic.

While many MPs and staff may breathe a sigh of relief when ‘normal’ business resumes, it is likely that the experience of transforming processes in a short space of time will leave a legacy that could strengthen the case of those calling for greater experimentation and flexibility in parliaments. Although the truly virtual legislature is some way off, parliaments have shown that they are not exempt from the accelerating digital transformation. 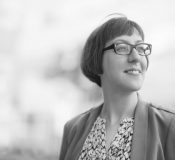