On the day I write this blog, Monday 23 March 2020, the 321-page Coronavirus Bill is going through all its stages in the UK House of Commons as emergency fast-track legislation. The bill, presented to the House four days earlier by Rt Hon Matt Hancock MP, the UK Secretary of State for Health, is the UK Government’s main legislative response to the Covid-19 pandemic. Amongst other things, this bill adds to the powers already on the statute book, principally in the Public Health (Control of Disease) Act 1984 and the Civil Contingencies Act 2004, which enable the authorities to impose control measures on the public in order to combat a public health emergency.  The measures contained in the bill have profound implications for human rights.

Seen from the perspective of human rights standards and obligations, the Coronavirus Bill, alongside measures to control Covid-19 introduced or to be introduced under other powers, starkly illustrates the complexity of decisions which governments and parliaments have to take on public policy questions, often under great pressure of time. In this case, the state’s positive obligation to protect the right to life under Article 2 of the European Convention on Human Rights (ECHR) – as at 22 March 2020 281 people had died in the UK and nearly 14,000 across the world in the pandemic – is necessitating restriction, or potential restriction, of a range of other Convention rights, affecting those who are not infected by the virus as well as those who are confirmed or suspected cases. The many effects of the bill on the human rights of all UK citizens can be seen from the detailed human rights memorandum on the subject which the Government has published alongside the bill and submitted to Parliament’s Joint Committee on Human Rights (JCHR). The JCHR itself has announced an inquiry into the Government’s response to COVID-19, and produced its own initial briefing note  on ECHR rights likely to be affected. In each case where a right is restricted, the main question that has to be asked is whether that restriction is justified and proportionate in the circumstances. 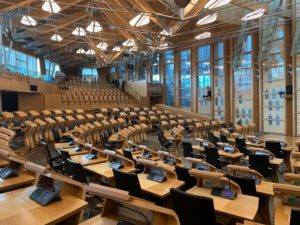 The coronavirus pandemic is an extreme and unprecedented example, but human rights considerations infuse the work of parliaments all levels. As democratic representatives of the people, parliaments can claim that they themselves are institutional embodiments of fundamental civil and political rights. The principal roles of modern parliaments — legislating, overseeing and scrutinising the actions of governments, and representing and expressing the views and concerns of the public – all directly engage human rights.

At the same time, parliaments are not national human rights institutions: they are arenas of national political debate and choice, and institutions which often reflect and support governments. They cannot be assumed to be unequivocal defenders of human rights law and jurisprudence. During the stand-off between the UK and the European Court of Human Rights (ECtHR) over the UK’s blanket ban on voting rights for convicted prisoners, for example, which lasted from 2005 to 2018, the UK Parliament was unable, even unwilling, to accept the Court’s judgments.

There are three main ways in which parliaments should be active in relation to human rights matters (a non-exhaustive list). 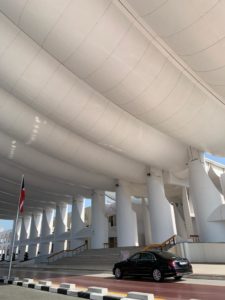 Much of the work of national parliaments in support of their human rights-related functions can best be founded on the work of specialist human rights committees.  According to the IPU’s Parline database, there were 70 parliamentary committees or sub-committees in 56 countries dealing in whole or in part with human rights matters in 2018. Some are exclusively concerned with domestic human rights; others with human rights along with other constitutional or legal subjects; others with foreign policy and human rights.  The universal applicability of fundamental human rights throughout the world since the middle of the twentieth-century, and the common understanding which exists of the principal functions of parliaments, does not mean that there is a single model for the way in which parliaments deal with human rights. Quite the opposite: the multiplicity of national histories, cultures and political and constitutional contexts mean that there are as many models as there are parliaments.

In 2018 the UN Office of the High Commissioner for Human Rights produced Draft Principles on Parliaments and human rights. These draft principles are modelled on the UN’s 1993 Paris Principles, which apply to national human rights institutions (NHRIs), and they prescribe a series of ways for parliamentary committees to engage with national human rights matters and to participate actively in national reporting mechanisms in relation to international human rights treaty commitments. They also prescribe resourcing and working methods for committees. There is much of value in these draft principles, but a potential concern with them as they stand is that they are over-prescriptive, and do not sufficiently take into account the wide variation between parliaments and their committees in terms of responsibility for human rights matters.

Parliaments’ unique role as democratic representatives of the public, individually and collectively, means that they are a central part of the system for upholding and enforcing human rights. They share this responsibility with a range of others: governments, other public authorities, courts and legal systems, national human rights institutions, and relevant non-governmental organisations.  At a time when the coronavirus pandemic is causing governments around the world to suspend the rights and freedoms of many millions of people in order to protect public health, our need for parliaments and their committees to act effectively in monitoring and ensuring human rights compliance is more important than ever. 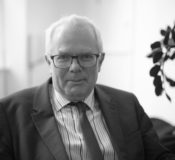