Women account for half of the global population, yet represent less than a quarter of the world’s parliamentarians. The causes behind this imbalance are myriad and multi-faceted, based on culturally rooted gender norms, political institutions, and economic disparities. In other words, a woman who is elected to parliament has beaten the odds.

Gender equality is not just about the rights of those women excluded from the political process – although this does represent a considerable personal and political deprivation of rights which should be tackled. It is about ensuring a more effective and a more credible political and parliamentary process. It is therefore of interest to all regardless of gender.

Greater female representation in legislatures and political decision making is essential to ensure that a broader range of experiences and interests are considered. This leads to more informed policy making and stronger parliamentary scrutiny. Moreover, a more representative parliament is more likely to lead to greater public support and recognition. 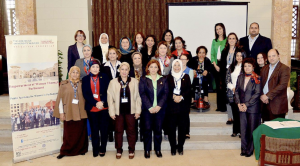 The design of an electoral system is not gender neutral. The choice between a candidate-centred, first-past-the-post system versus a more party-centred proportional representation system impacts women’s prospects for election, along with many other electoral ‘details’ such as district size, and whether lists are open or closed.

Seen as a form of “compensation for the structural barriers women face in the electoral process”, gender quotas require that a candidate list or other political body must include a certain number of women. There are currently 27 countries with quotas enshrined in their constitutions (up from 15 in 2009), 67 quotas incorporated in electoral legislation (up from 44 in 2009), and 106 political parties in 52 countries (including the UK) using voluntary party quotas.

In 1997, the UK Labour Party introduced a policy of all women shortlists in half of the seats they expected to win in the election. This led to a big increase in Labour women representation with a threefold increase in the number of Labour women MPs. The system is controversial, has been subject to legal challenge, and has not been adopted by other UK political parties. However, it has been the only factor which has significantly increased women’s representation in the UK parliament and it means that Labour has a much larger female representation than any other party in the UK parliament.

Some electoral systems have instead focused on ‘softer’ action such as training and support, both practical and financial, for potential women candidates. This has the potential to increase the supply of women putting themselves forward for election. While solidarity and mutual support between women is vital, it is also important to ensure that the job of promoting women’s representation isn’t just left to women within parties and the political structure.

Making an impact as a woman MP

Getting elected is only the first stage to promoting women in parliament; a multitude of barriers exist that can prevent women from operating effectively as an MP.  Standing for election is a costly process, but this, combined with cultural norms that subject women politicians to harsh and highly personal scrutiny, and working conditions that include an unpredictable parliamentary calendar, variable hours and balancing a workload from two offices –in parliament and in constituency – will often dissuade women from entering parliament in the first place, or forging a long-term career once there.

In 2016, The Good Parliament report provided recommendations for a more representative and inclusive parliament, with institutional leadership to be provided by a newly created Reference Group on Representation and Inclusion. In 2014, a group of UK parliamentarians carried out an inquiry into how parliament could be improved to create a better and more representative House. It focused particularly on how to ensure the election and retention of women MPs, but many of the issues considered would also make parliament a better working environment for male MPs too – particularly those with family responsibilities.

Alongside institutional reforms to support the involvement of women MPs in political decision making, cross-party cooperation through committees and caucuses is an important part of the ‘strength in numbers’ approach used by women MPs across the globe to promote gender-mainstreaming in legislation and oversight mechanisms.

Dedicated gender equality committees have been created in more than 30 countries with powers that include proposing legislation, reviewing legislation and budgets, monitoring implementation of laws, requesting briefings from government officials, and investigating complaints. Like committees, caucuses are cross-party vehicles for consensus building, often formed at the initiative of a group of women members who collectively define its structure, decision making processes, membership, mandate and specific areas of activity.

Even where parliamentary rules appear to be non-discriminatory and egalitarian, in practice men and women face different barriers and incentives. Yet if gender-sensitive policy-making is to be achieved, it needs a change in culture, which is fought for by men and women alike. Leaving men out of the conversation creates echo chambers of women talking about women with other women.

The task for all political reform programmes should be to increase the presence and impact of women in politics.  We undoubtedly need to do more to adapt structures and processes to enhance their influence, but there should also be the recognition that making change happen depends as much – if not more so – on altering behaviour and culture.

Our work at Global Partners Governance is focused on making political institutions and the people that work within them more effective, resilient and responsive. Meaningful change in promoting gender equality in parliament can only be achieved through altering behavioural norms and the dominant political culture so that the rules work for both women and men.  And, in this as in everything else we do, the key point is that politics matters.

Jacqui Smith served as a MP for 13 years until 2010, during which she was also a Minister for 10 years including as the first female Home Secretary.

Kristen Sample has 20 years’ experience in the areas of democratic governance, gender and development programming. 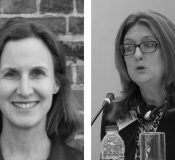 Blog written for GPG by Kristen Sample and Jacqui Smith