Realising the Benefits of Decentralisation: Lessons from Jordan

The potential benefits of decentralisation to citizens and economic growth are well understood: more trusted, more immediately accountable and more fleet of foot than central government. But we can’t take these benefits for granted. The way decentralisation is implemented has a significant bearing on its chances of success.

Since summer 2017, GPG has been working with first-time councillors in Jordan to develop their skills and approach. The first stage of our work concluded successfully in March, so it’s a good time to look for lessons that others might find useful when supporting decentralisation.

Politically motivated people want to change things and change them quickly and in any newly decentralised system expectations will be high. But, building new organisations, from scratch is painstaking and takes time and no new structure can deliver straight away.

This tension was evident in Jordan from the outset. At a very practical level, the councillors inherited their first year’s budget from the officials they were elected to replace.  They were, rightly, ambitious about what they could achieve but felt strongly they didn’t have the right tools to do it. Helping councillors unpack this tension and understand how to prioritise is key to embedding decentralisation.

Take the time to understand who decentralisation is for.

Decentralisation isn’t just for the people that powers and resources are devolved to. Understanding who benefits, and who loses, from shifts of power is key to both establishing the new system and delivering outcomes.

The external pressure from those that gain and those that don’t can create an internal pressure for new councillors to “do nothing” in the early stages so they can’t be blamed for adverse decisions. Part of our work helped politicians transition from being activists demanding from the outside to being accountable decision makers on the inside.

There can be winners and losers beyond the locale as well. Most obviously, the government ministers and departments that have championed and implemented decentralisation. They stand to win if it works and lose if it doesn’t. It is vital to understand the dynamics of this in each context. In practice, this means identifying allies who can help you succeed and opponents who can stop you in your tracks.

There is never enough money or resources.

No councillor anywhere in the world ever things they have enough money or the right powers. And they blame their national government for it!

Understanding this “truth” is invaluable for supporting decentralisation.

The councillors we were working with pointed out their lack of power and money, initially this was accompanied by a suggestion to wait until they got more of both. In a way this isn’t unreasonable. In most jobs, if you aren’t given the right tools to do the work you go and ask for them.

But this isn’t how politics works. Politics is built on trust and people don’t hand out money or power until they are confident that it will be used well. Learning how to persuade, build confidence and generate trust is essential.

There are significant obstacles to decentralising. But this shouldn’t get in the way of the fact that even with meagre powers and budgets change can still be made to happen.

This is why we started small, helping the councillors to run a fact-finding inquiry.

An inquiry process allows councillors to gain experience of a range of their soft and hard power without immediately taking decisions that can be contested. The inquiry reports provide evidenced recommendations for future action and are already being acted on.

Moreover, the process helped demonstrate to the councillors that they can make quite big changes from quite small actions. For example, convening local groups to generate ideas for action and sharing responsibility for delivering them.

And, while some of the recommendations are relatively straightforward, they now fit into a more strategic approach. Once delivered, the easier actions will help demonstrate to central government that councillors can use power and resources responsibly and make the case for more of both. Small steps lead to bigger change.

Some of this may seem instinctive to people used to working with an established local government. But if decentralised democratic power is completely new, or returning after a long absence, it is less obvious. Supporting newly established councils with people who’ve been there and done it is powerful and potentially transformative. 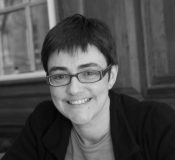