Events in the time of lockdown may bring a whole trail of uncertainty with them. GPG’s first online conference proved that adaptability to fast-changing circumstances can create opportunities for dialogue and strategy across borders. On June 9 2020, we hosted an all-star line-up of speakers from around the world to participate in ‘Establishing a Regional Approach to Human Trafficking and Forced Labour’ event, which came out of the dire need to keep the conversation going on an issue that seems to get more precarious as time passes, even more so now with Covid-19.

Her excellency was the first speaker on the virtual stage. She highlighted some of the challenges facing the transitional government of Sudan in tackling human trafficking. She assumed the role as head of the National Committee on Combatting Human Trafficking (‘NCCT’), the main anti-human trafficking body in Sudan, in October 2019—following her appointment as Undersecretary of the Ministry of Justice. Stressing the need for further training and international collaboration, she demonstrated how the civil war, which had impacted the country for decades, created a fertile environment for traffickers to thrive—the latter benefiting from the high demand for child soldiers in the region. Her Excellency was keen to highlight how the peace process in the country can positively affect anti-human trafficking endeavours such that the prevalence of peace, ipso facto, will bring economic prosperity and therefore significantly reduce the problem.

Dame Sara explored support for international activity to eradicate modern slavery, the UK’s commitment therein—in addition to the UK’s Covid-19 response and its impact on modern slavery efforts in the country. Dame Sara was pleased to see familiar faces again, namely Mr Ausamah Al Absi who she met with in a conference the year before. Lauding the latter country’s efforts in becoming a leading example in the region.

“The UK is very focused on assisting countries where we can, a lot of money is dedicated to that. And this is where Global Partners Governance is a great example of that international development.”

The UK wants to continue to play a leading role in the international stage. As a destination country, Dame Sara referenced last year’s statistics that suggests more than 3.5% of victims supported last year were of Sudanese origin. This demonstrates the urgency to cooperate and build the gap between source and destination countries. This, in addition to the National Referral Mechanism in place and the multiple support channels available to victims, Dame Sara stressed the fact that more could always be done.

The effects of Covid-19 only exacerbated the problem. “Covid-19 impacted everyone”, she added: “but its impact on victims and survivors has been greater because they’re already more vulnerable.” With services disrupted and new vulnerabilities created, such as the loss of jobs and economic hardships, she mentioned how the pandemic exposed structural inequality problems. In spite of that, she is confident that the pandemic also presents an opportunity to make lasting changes and allows us to think about how best to support the victims of human trafficking.

According to Mr Ausamah, Bahrain’s take on the issue of human trafficking and forced labour took a different approach when the small island country realised that building trust with the migrant community, who make up more than 50% of the population, must be obtained before any real change can ensue. Bahrain, he added, implemented an ‘open door policy’ that allows individuals to raise grievances with the state without fear of repercussions and this sense of security provided for vulnerable individuals is crucial to tip the scale in their favour. Furthermore, international cooperation, the likes of the Bahraini-Filipino joint task force on human trafficking played a significant role when steering the conversation away from the traditional ‘he-said-she-said’ blame game that source and destination countries usually engage in—towards a more constructive dialogue that tackles the transnational problem at its roots.

GPG Associate Alistair Burt supported the other panellists’ views in emphasising the need to take appropriate domestic enforcement action and increase international cooperation efforts. Citing human trafficking and forced labour as a ‘multi-layered problem that requires tailored domestic legislation and enforcement’. He also mentioned that the George Floyd protests should provoke our thinking about how members of society refuse to be silenced anymore about injustice and would not settle for the status quo. The voices of trafficking victims has the potential to be included in the ongoing debate on inequality and this could be used to boost the fight against the traffickers and individuals who have a vested interest in the existence of human trafficking.

During the Q&A session, an audience member asked about the “Khartoum Process”, an interregional forum on migration linking the Horn of Africa countries with the EU, and its current status in light of the Sudanese revolution and the impact of Covid-19. The Undersecretary maintained that a regional centre was due to open in the Sudanese capital, but that has not happened yet. Another question was whether the enormous challenges posed by the pandemic would require us to device new mechanisms of international cooperation on human trafficking. Dame Sara was of the opinion that there is a slight concern that the response to the pandemic was ‘driven largely by national governments’, stressing that multilateralism is needed with a transnational crime like human trafficking.

“We will never ever, bring the traffickers to justice if we think we can do it all on our own.”

In answering the same question, Mr Ausamah reiterated how the Bahraini government was keen that the migrant workers would not fall into exploitative conditions in the event that they would lose their jobs due to the pandemic. Providing the migrants with a social safety net is crucial so that they would not fall prey to traffickers in a foreign country. This includes providing visa extensions and a basic income as they are present in Bahrain.

And with that, the discussion came to an end, but the conversation on human trafficking continues. To view a recording of the event, click here. To find out more about GPG and the Modern Slavery project in Sudan, follow us on Twitter and Instagram. 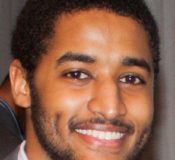