Report on the meeting of the Standards, Procedures and Public Appointment Committee: The resilience of the Scottish Parliament’s practices and procedures

This week’s blog reports on the meeting of the Standards, Procedures and Public Appointment Committee in which the resilience of the Scottish Parliament’s practices and procedures were examined.

On November 12, Global Partners Governance Director Emily Death gave evidence to the Standards, Procedures and Public Appointment Committee of the Scottish Parliament. The aim of the enquiry was to examine the resilience of the Parliament’s procedures and practices in relation to its business, which were adapted to respond to the Covid-19 crisis. It sought to consider wider changes that, in the future, will promote resilient parliamentary business practice.

Alongside Emily Death, who brought GPG’s international expertise to the table, were Dr Hannah White, Deputy Director of the Institute for Government, who spoke for the Institute’s Westminster-based insight, and Prof. Cristina Leston-Bandeira, Professor of Politics at the School of Politics and International Studies of the University of Leeds. Their combined inputs aimed to consider the multiple instances of parliamentary procedures being scaled back in response to restrictions implemented in response to Covid-19. It reflected on the ways in which these restrictions could be an opportunity to work on bringing about positive parliamentary reform and on how legislators can work for their citizens.

This comparative approach initiated the session, which began with an overview of parliaments’ preparedness around the world. While it appears that not one parliament was ready for the scale of the challenge at hand, some legislatures took advantage of pre-existing plans and procedures designed for such circumstances. In some cases, existing, developed IT systems proved to be a distinctive advantage. Conversely, Westminster suffered from having poorly anticipated the possibility of losing access to its physical premises. Digital and virtual planning should therefore be thought of as a central part of emergency preparedness.

In particular, within parliaments, committees seem to have adapted more easily and to have been able to meet more readily that parliaments. This was praised for effectively promoting increased governmental accountability and supported the claim that digital tools must be integrated into emergency preparedness to facilitate remote meetings and promote scrutiny, even when Parliaments and committees cannot meet in person for extended periods.

With the question of IT availability comes that of accessibility. How can we ensure that everybody is able to use the new systems in a way that reduces barriers for equal participation? Institutions must ensure that all members of staff can access adequate technological equipment. The example of Angola was raised, where local government buildings can be accessed by staff when internet or electricity access are compromised to ensure the continuation of their duties. Regardless of IT availability, greater flexibility was associated with increased opportunities for training, not only to improve IT skills, but also to help digital conversations feel as natural as possible, which greatly facilitates debates.

This need for spontaneous interaction to take place in virtual conversation is one of the most severe drawbacks of remote technologies, as delays, IT difficulties, and the added layer of technology hinder the flow of conversation and debates. For now, it does not seem that any parliament found a way to overcome this hurdle. The question of interventions during virtual meetings was raised: can parliaments allow meetings to include a degree of interruptions and debates, instead of a succession of prepared speeches delivered in front of screens? Here again, although a lot of different system were tried, the lack of eye contact, of spontaneity, are very difficult to overcome. It is therefore still felt that virtual meetings remain a very different format to in-person parliaments.

The participants also observed that flexibility in crisis proved instrumental in navigating the pandemic. While the New Zealand Parliament moved very quickly and capitalised on the time they dedicated to reflecting on ways to adapt their procedures, the Irish Parliament did not exactly meet the challenge due to a lack of adaptability on how to meet as a parliament. Legislatures should therefore prioritise flexible approaches in times of crisis and, ahead of time, plan for a more varied range of emergencies so as not to be caught off guard.

An essential aim of this planning should be to ensure that MPs can still vote. To that end, and to allow all levels and all staff of legislative institutions to be able to work as normally as possible, Covid-safe procedures are essential. The importance of legislative institutions was stressed, as they provide an essential counter-power to the executive in more uncertain times by holding governments to account. Although Westminster was praised for its remote voting system, which allowed safe and rapid voting, since March, a small shift in favour of the executive was observed. In the future, we need to ensure that this shift does not persist, even after the pandemic is over, and that scrutiny is effectively enforced by Parliament.

The final consideration went to the ability of parliaments to respond to the additional demand from their constituents at a time of reduced capacity, in particular in cases when MPs have to travel back and forth a long way, in more restrictive conditions, if they wish to vote in person. It was however observed that in these times constituency work is often perceived as more important, in particular because new pressing needs have arisen within communities. One solution to respond to increased pressure on governmental and legislative capacity could be to increase budget for additional equipment. This would include IT equipment, which would allow the formulation of a safer, more efficient response to higher demand. Of course, wherever more equipment is acquired, provisions must also be made to adequately train staff to work with it in a way that will best serve the service’s users.

You may watch the audition in full on the Scottish Parliament TV website. 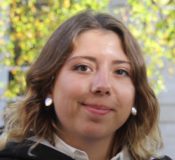 This blog was written by GPG's Communications Officer, Dalva Gerberon.