Slow Traffic and AK47’s: My Experience With GPG

In October 2015, I had just graduated from university and was able to secure a position as a project assistant at GPG, mainly working on our previous project in Iraq that focused on effective local governance. Two weeks into the job, I found myself in Basra (the southern province of Iraq) strapped into a bulletproof vest and sat in an armoured vehicle with armed security personnel. I still remember looking in front of me at the AK47 gun tucked in between the driver seat and armrest and thinking with a degree of alarm – what on earth am I doing here?

Four years later, I am with the GPG team in Khartoum. It was our first time back in Sudan following the revolution that ended the 30-year authoritarian rule of the former regime. After the agreement to form a new democratic civilian-led government in August, we were commissioned by the British Embassy to continue our work in supporting effective and inclusive governance in Sudan, and work with the new government and parliament to help it achieve its goals during the crucial 3-year transitional period, which is meant to be followed by free elections.

Whilst stuck in Khartoum’s slow-moving traffic, we occasionally come in sight of the colourful art murals that were painted on buildings or under bridges, and the slogans calling for freedom and justice sprayed on the walls during the uprising. Despite all the obstacles facing the country, there is great potential for positive change in the new Sudan, and I was excited to be part of the effort to help its government deliver a better quality of life for its people.

One of our first meetings was with the newly appointed minister of religious affairs, Nasr al-Din Mufreh, where we discussed the development of policies and legislations that are inclusive of religious minorities in Sudan and respected their rights. The minister was young, bright, keen to create a positive social impact, and so much more open to receiving support to develop self-sustaining reforms. This was in strong contrast to previous challenging conversations on this issue we had with the former regime, whose policies and actions had a profound negative impact on freedom of religion and belief in the country.

At one point during the meeting, the minister and I were having an exchange about how he envisages rolling out his plans on the state level, and how that would be coordinated with the local legislatures and governments. When I first joined GPG, I never thought that I would be able to get to the stage where I can comfortably converse with high-level government officials and politicians about issues of national significance.

When l reflect back on my time at GPG, I realise that a big part of what drove my personal development and helped me grow my skills were the intensive regular visits to the countries we are working in, where I was able to frequently interact directly with our local partners which ranged from ministers, Speakers, MP’s and senior officials. What stood out to me the most about the way GPG worked, was its people-centred approach, and how we enabled our partners to be the main drivers of change. We weren’t telling them that they are doing things the wrong way, or taking over their roles, we were listening to the obstacles they face in their day to day work and collaboratively finding solutions that worked best for their context, and subsequently helping them implement these. By working in this way, we built strong and lasting relationships and trust with our partners, a key element in the success of our work.

As project staff, you also get the unique opportunity to collaborate with a team of high calibre associates whom I was able to gain a lot of knowledge from and benefit from their extensive experience. During visits, we would spend most of the time together, and so I inevitably developed friendships with them as well. They were also important in helping me deal with the challenge of being a young woman working in this field, and in dealing with the sometimes difficult personalities we come across. Seeing our associates in action is always a highlight of my trips with GPG, and I feel privileged to be able to work with them in enabling change and help connect citizens to their representatives in some of the most complex political contexts in the world. I’m also thankful to GPG for the experiences gained and the support throughout the years, which have led to me being shortlisted in the British Expertise Awards ‘young consultant of the year’ category, and I look forward to continuing my journey and development. 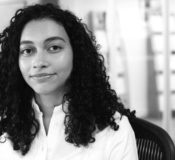