On Tuesday 5 November, GPG in association with the Study of Parliament Group (SPG), held an event on Parliaments & Populism. The date of the event itself was significant, falling within Parliament Week: an annual festival that engages people from across the UK with their Parliament – over one million people will take part this year. Moreover, not only is the 5 November a highly symbolic day in UK parliamentary history, as it marks the anniversary of the failed 1605 Gunpowder Plot, but much more recent parliamentary fireworks meant that the event coincided with the dissolution of the current parliament, ahead of the 12 December General Election. As November 2019 also marks the 30th anniversary of the fall of the Berlin Wall, this was an important moment to discuss the current challenges faced by Parliaments globally, especially those stemming from the rise of populist political ideologies. 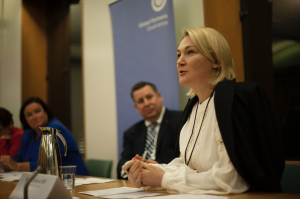 Mariia Ionova, a Member of the Ukrainian Parliament, Co-Chair of the “Equal Opportunities” Caucus, Deputy Chair of the Parliament of Ukraine Committee on European Integration, presented the challenges of working in the Ukrainian Parliament, as well as explaining more about President Zelensky’s populist model. Presenting Zelensky’s ascent to power as a result of his time as a comedian in a TV programme where he played the role of the President, Mariia explained that “we have started to live in the world of emotions – people believe in emotions but they stopped believing in facts, they believe in shows, not honour or dignity.” She said that people who had voted for Zelensky and were now meeting him were clearly expecting to meet the character he played on screen: “it is hard to know where the truth is and when it is manipulated”.

Presenting the challenges of populism to a relatively young democracy like Ukraine, Mariia said it is important not to destroy the democratic foundations they have spent the last five years building, the challenge is to build ideological parties who tell the truth to people, however unpopular and therefore unpopulistic it may be. For Mariia, it is “better to be in the minority against populists without betraying your values”. Ending with a warning to the UK about the upcoming General Election, Mariia said “do not repeat historical mistakes – we need a stable Britain, a stable EU, stable democracies”.

Also bringing vividly to life the historical context of the rise of populist politics was Professor Roger Eatwell, Emeritus Professor of Politics at the University of Bath, Co-Author of National Populism: The Revolt Against Liberal Democracy. Roger noted that Britain actually has a weak populist tradition: although Enoch Powell and Margaret Thatcher have been described as populists, the first real populists according to his definition, were UKIP with Nigel Farage.

Seeking to clarify the term ‘Populist’, since although it was the Cambridge Dictionary’s Word of the Year in 2017, it can have many differing definitions read into it, he noted that there is a form of politics that promises people what they want to hear, offering simple solutions to complicated issues. However, Roger noted that there is a split amongst academics between those who see populism as a style (that is a way of doing politics), and those who see it as an ideology. 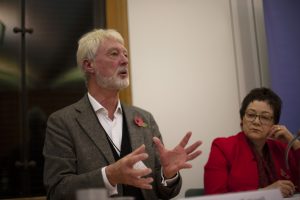 Describing populism as a “thin ideology” covering nationalist and/or socialist themes, Roger explained the need to look for ideas within populism just as we would in other political ideologies. He also highlighted the importance of recognising that not all populist politicians fit the mould we have attributed of a macho male leader, giving as an example, Alice Weidel, Lead Candidate of the Alternative für Deutschland.

Roger noted that there is a more empathetic way of viewing populist rhetoric: Populists are saying there is a lot wrong with democracy and that elites have too much power, which there is truth behind. He concluded by noting that, “if all you do is damn populism you don’t understand that democracy needs reviving”, the task is to spot the dangers of populism and also recognise where it is a safety valve.

Sarah’s years in the European Parliament were coterminous with Nigel Farage’s. Her “main experience of them [populists] is a big void because they never did any work, didn’t contribute on committees, nor as rapporteurs”, noting that they were mainly “about gesture politics and collecting their pay”.

Explaining how we often hear fake patriotism from populists, Sarah gave the example of Tony Blair speaking in the European Parliament in 2005, who said to Nigel Farage, “you sit behind our country’s flag, you do not represent our country’s interests”.

However, Sarah noted that this populism does point to some real issues, stating that, “people do not understand nor accept the EU – no one in the UK understands how the EU works, there is nothing about it in the national curriculum”. She also mentioned the enormous income and wealth gap in the UK which cannot but have generated feelings of resentment, and how immigrants then provide an easy scapegoat. So that when the 2016 referendum came along, people were effectively asked if they backed the status quo – the EU has nothing to do with many of the reasons why people voted for Brexit, instead, in her view, we desperately need reform at home.

Sarah highlighted the work the EU is doing to protect national and local identities, for example in the protection of geographical status for certain products. She also mentioned the “silver lining” she sees people now become interested and engaged in constitutional and electoral reform, concluding that “politics should be not populist but popular.” 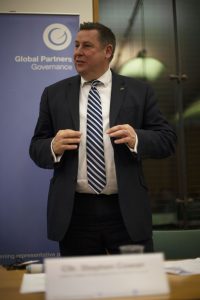 Finally, Councillor Stephen Cowan, Leader of the London Borough of Hammersmith and Fulham recalled his experience of visiting Greece’s Labour & Social Security Minister with Lord Dubs during the migrant crisis to discuss how they could provide help.

Noting how these are troubled times and a threat to all of us who believe in democracy, Stephen said that “this should be a wake-up moment for us in the West” and drew parallels with Germany in the 1930s in today’s populist rhetoric.

Stephen recognised that there is a more positive way to look at populism – that it has brought much-needed disruption to politics. However, change offers opportunity but also threat and populism is certainly a challenge to the status quo. People in established democracies don’t think the system works for them, so the “question for us as democrats, how do we rise to the challenge of populism?”.

Stephen’ priority was to have economies that work for everybody, however, in his view, “Brexit is not an economic breakdown, it is a values system breakdown”, so equally there is a need for constitutional reform, which helps in setting out people’s rights and responsibilities.

Presenting the successful solutions pioneered in Hammersmith & Fulham, Stephen emphasised the importance of “making people part of the policy-making”, concluding that “the solution is more democracy not less”.

During the audience Q&A, Meg Russell from the Constitution Unit at UCL asked about the current rhetoric in British politics of People vs. Parliament and to what extent this is playing with fire. Sarah described this approach in as essence anti-political, because the so-called ‘will of the people’ glosses over diversity of people’s opinions. Roger added that this was reminiscent of the debasement of language in Pre-Nazi Germany and that people now have a very pessimistic view of the future. 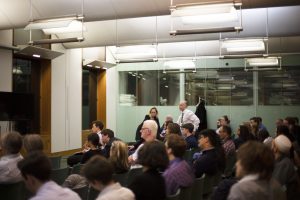 Jamie who is studying politics at A Level and how the British constitution has changed over history, asked what constitutional changes would solve the issue of populism. Stephen proposed more devolution of power to regions, viewing the best way to make decisions as being to delegate power to as local a level as possible, we “need to think about where power resides”. Sarah agreed with this principle of subsidiarity, saying that “federalism is not the F-word”. 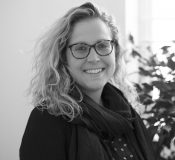