The challenge of political transition in Sudan

Rt Hon Alistair Burt was formerly Foreign Office Minister for the Middle East and North Africa, covering Egypt and Libya in the years following the overthrow of Mubarak and Qadaffi.

Greg Power is the Founder and Board Chair of Global Partners Governance, leading GPG’s work in Libya and Egypt during this period.

Towards the end of 2012 in one of the dimly-lit conference rooms in the Rixos Hotel in Tripoli, politicians recently elected to Libya’s transitional parliament were patiently listening to a panel of international ‘experts’, in a seminar that was part of their induction to the new institution.

It was the second week of the induction programme, and by this stage there were more people on the platform than in the audience.  Although the eight internationals talked knowledgeably, and at length, about legislative procedure in their own parliaments, the six or seven MPs in the audience seemed non-plussed.

Once the speeches were over, one of the politicians in the audience raised his hand.  “Thank you for your presentations.  They were most interesting.”  He paused, “But tell us what to do.  We don’t know what to do.”

The experience highlighted a gap, between the traditional tendency of the international community to focus on parliamentary theory, and the practical needs of politicians in dealing with the reality of politics.  It is a gap which, since its creation, GPG has sought to fill.

These were capable people, eager to make the new system work, but facing a set of tricky problems which frequently beset new institutions in transitional states.  The question reflected the sheer enormity of the task facing those politicians in attempting to translate the outlines of a political settlement into functioning institutions, a task that is less about the detail of parliamentary procedure than it is about politics.

Similar challenges will shortly face Sudan as it inches its way towards a peace agreement, and starts to establish its own new political institutions.  This month the Sudanese authorities announced a raft of legislative reforms which overturn some of the most contentious laws in the country, including decriminalising apostasy, outlawing FGM, and strengthening women’s rights.  The outlines of a peace agreement are now in place, and once it is finalised a new transitional parliament will be established.

Making that parliament work is though a sizeable and significant undertaking, and the experience of countries like Libya and Egypt over the last decade highlight some lessons for Sudan.

The obvious task is working out how to reach meaningful decisions in highly divided political contexts, but the complexity of this is often not appreciated by experts from long-standing parliaments.

First, the politicians entering the transitional body will have few common reference points about how political institutions function, other than the experience of the previous authoritarian regimes, meaning they come to parliament with very different ideas about how it should work and what it is for.

Second, the intricate process of building institutions is made more difficult by the wildly disparate backgrounds of those new members.  They will have varying levels of education and professional experience, and come from different parts of the country, some from tribal or rural areas, others from cities and urban regions, often there will be an additional religious-secular divide.

Third, the make-up of the new political institutions will reflect the wider political divisions in society.  The new politicians will not only hold very different political views but will literally have been fighting each other until very recently.

In short, what differentiates new politicians from each other is likely to be more compelling than what joins them together.  With such deep-set divisions, reaching any sort of agreement on policy or legislation that will start to deliver for citizens is going to be an arduous and complex task.  But before they even get to issues of policy, the bigger challenge is simply getting those new politicians to agree how to take decisions at all.

The early years of all new political institutions are characterised by arguments as to who will get the key positions.  However, deciding who gets to be Speaker or who will chair the key economic, security and policy committees is only half the argument.  The other half is about how much power each of these formal positions should have: disagreements over how far their remit reaches, what they can decide and who they have control over tends to dominate the early years, and can often mean those new institutions either seize up or fall apart.

This is what happened in Libya.  Such were the levels of suspicion between and within the political parties, that no-one trusted anyone else to take a decision, for fear it might build up the power and influence of an opponent.  It resulted in a form of zero-sum politics where nothing got done and the parliamentary institution collapsed in disagreements so confused that by the end the dividing lines were entirely unclear.

In Egypt, the main division was between the Muslim Brothers who dominated in the parliamentary and presidential elections and the liberal/secular parties.  It was also characterised by similar tussles over control of the institution, but the defining feature in Egypt was that the liberal/secular parties could not decide whether their opposition was about the policies of the Muslim Brothers or the process by which they were taking decisions.  As one MP, and member of the 2012 Constituent Assembly, put it “sooner or later we have to stop walking out at every decision we don’t like – and accept the result when we lose an argument.”  The fact that they did not and could not stop walking out meant that the institutions never consolidated, the political settlement started to fray and the military stepped in to take over in 2013.

And this is a key point.  There will be groups who want the institutions to fail.  In Libya, it was the militias who believed they were entitled to the rewards for their efforts to remove Qaddafi, and who were suspicious of political processes denying them that authority.  In Egypt, the military were never convinced that the revolution which toppled the Mubarak government was going to preserve their privileged position in society, and the very public failure of the political institutions gave them the excuse they needed.

The institutions in Egypt and Libya suffered problems typical of many in new democracies.  The level of public expectation is at its highest when the political institutions are at their weakest.  Citizens will be anticipating change, and wanting the new political system to show it can respond to their social and economic needs.  This ultimately is the purpose of representative political institutions – to respond to public demands.  But, weakened by their inability to agree on how to take such decisions, characterised by political in-fighting and division, and failing to deliver any tangible improvements to people’s lives, the public quickly becomes disillusioned.

Although institutional design and parliamentary procedure matter, the success of Sudan’s new transitional parliament will depend more on addressing and agreeing the practical and political questions that determine how it functions.  It means having a clear political agreement about how the different forces engage with each other inside the parliament, how they take key decisions, and how power is distributed within them.  And the earlier that these matters can be resolved, the greater the chance that those institutions can start delivering what the people of Sudan need.

It is in this space that GPG’s work has operated in the last year in Sudan, supporting the different parts of the already fragmenting Forces of Freedom and Change coalition to prepare for life inside these new political institutions.  It is resolutely focused on the functional questions of organisation and the politics of decision-making.  It has also been helping those who will need to run the new institution deal with the practical questions they will need to be able to answer.  In short there needs to be a plan for the first day, and indeed the first hundred days, so all are agreed whose job it is to do what.

Libya and Egypt offer important lessons for Sudan.  Put bluntly, the first two years of the transitional parliament will determine whether the country’s political settlement holds, or not.  Ultimately, it is one thing to agree on new constitutional and institutional design, but it is something entirely different to make them work. 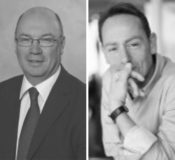