As part of our Parliamentary Responses to Crisis series, over the next few weeks, we will be bringing you perspectives from each of the UK’s devolved Parliaments, in Northern Ireland, Wales, and Scotland.

Dr Gareth McGrath is a GPG Associate and serves as both Director of Parliamentary Services at the Northern Ireland Assembly and Executive Director of Politics Plus.

The Northern Ireland Assembly’s Response to the COVID-19 Pandemic

On 23 March 2020 Boris Johnson, the United Kingdom’s Prime Minister, announced that with immediate effect people would only be allowed to leave their homes for very limited purposes (i.e. ‘lockdown’) as part of the UK Government’s response to the COVID-19 pandemic.

The purpose of this article is to outline the procedural, technological and administrative challenges that have been addressed by the Northern Ireland Assembly, since the beginning of March 2020, in response to the COVID-19 pandemic.

The Assembly’s Committee on Procedures considers and reviews on an ongoing basis the Standing Orders and procedures of the Assembly. Like many parliaments around the world, changes to Standing Orders normally follow a deliberative process of research, policy development, political engagement, debate, and agreement before finally being implemented. Therefore, it is remarkable that within a matter of days the Assembly developed and agreed a suite of emergency Standing Orders as part of its response to the COVID-19 pandemic. These temporary Standing Orders deal with, among other matters, proxy voting and provide much greater flexibility for when, where and how Assembly committees meet and how they take decisions.

Somewhat uniquely in the United Kingdom and in Ireland the Assembly has continued to meet in both plenary session and in committee during the period of the pandemic. However, the focus of Assembly business has primarily been on the response to the COVID-19 pandemic.

Social distancing protocols have been implemented in the Assembly Chamber so that no more than 23 Members (out of 90) are permitted to be in the Chamber at any one time. Assembly Committees have also continued to meet in Parliament Buildings, similarly applying social distancing protocols. ‘Hybrid’ meetings have become the norm, with some Members joining meetings from their home.

Somewhat controversially the Assembly also agreed to suspend certain Standing Orders relating to scrutiny of the Executive (the Northern Ireland Government). This has included temporarily dispensing with Question Time, as well as a voluntary agreement by the five largest parties to substantially reduce the number of written questions submitted to Ministers. Again, the rationale for this significant change is to allow Executive Ministers to focus on the COVID-19 pandemic response.

The Assembly has also continued to pass legislation including a Budget Act as well as primary legislation to prevent the eviction of tenants (related to the COVID-19 pandemic).

Following the establishment of the Assembly in July 1998 the Assembly authorities have continuously invested in the modernisation of IT services and infrastructure, particularly the procedural database – the Assembly Information Management System (‘AIMS’). More recent developments from 2016 onwards have seen the development and implementation of an Electronic Committee Pack (‘ECP’) system and a move away from a reliance on paper. In February 2020, by coincidence, Members’ tablets were upgraded to the Microsoft Surface Pro.

As a result of these investments the Assembly was able to respond swiftly to the impact of the COVID-19 pandemic. All services for Members were immediately moved away from paper, and whilst in some cases this relies on emailing scanned documents, in other cases the rollout of electronic services has been implemented faster than had originally been planned.

A key technological challenge has been the desire of Assembly committees to continue to meet in Parliament Buildings, with some Members participating from their homes and witnesses linking in remotely. Initially Microsoft Teams has been used as an interim solution for these ‘hybrid’ meetings, pending the implementation of a system to support both hybrid meetings and fully virtual meetings. The Assembly authorities selected the ‘Starleaf’ platform, which integrates with the existing broadcasting infrastructure, to support hybrid and fully virtual committee meetings. This system will also be capable of supporting hybrid or fully virtual plenary sittings of the Assembly, should there be a need to do so – although this would require further changes to Standing Orders and an authenticated system for Member voting.

As part of the implementation of the ECP system most Assembly committee staff had also been provided with either a Microsoft Surface pro or a laptop computer. So, following the Government and Executive announcements of late March the Assembly authorities were quickly able to repurpose a range of other devices to facilitate many staff working from home. In addition, staff who had personal computers at home have also been able to remotely access their ‘desktop’ computers in Parliament Buildings and thus can also work from home.

In the run-up to the Prime Minister’s statement on 23 March the Assembly Authorities had closed Parliament Buildings to the public and had limited access to pass-holders and to witnesses appearing at committees.

Those Secretariat staff who had self-identified as being in ‘at–risk’ groups were strongly advised not to come to Parliament Buildings, even in circumstances where it was not feasible for them to work from home.

Following the Prime Minister’s statement, the Assembly’s Secretariat Management Group made an immediate decision that, where possible, all staff should work from home. As set out above, earlier investments in IT have paid off, and many staff have been able to transition to working from home with minimal disruption on service delivery and with minimal negative impact on productivity.

On 12 May 2020, the Northern Ireland Government (the Executive) published a five-stage plan to ease the restrictions implemented on 28 March 2020. Whilst no dates have been set for when each stage will be ‘activated’, even at Stage Five remote working will still be strongly encouraged.

Therefore, it is likely that many of the temporary procedural, technological and administrative changes set out above will continue for some time to come, with some of these changes likely to become permanent.

The impact of the COVID-19 pandemic on those who have died, their families and friends has been devastating; the impact on the economy, certainly in the short-term, has been terrible.

Without wanting to detract from the human and economic impact and cost of the COVID-19 pandemic, it is clear that the rapid implementation of new ways of the Assembly doing its business may have longer term benefits – to the operation of the Assembly itself, to Members and to the Assembly Secretariat. 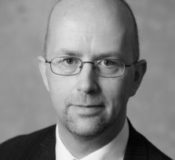