‘The Politics of Parliamentary Strengthening’

‘The Politics of Parliamentary Strengthening’ is an article from GPG director Greg Power and is featured in this quarter’s The Political Quarterly. Greg writes:

Parliament’s International Development Committee made a powerful case this year that DFID should put more money into parliamentary strengthening in developing countries. Arguing that parliaments were central to tackling corruption, improving economic development and building stable political settlements, they recommended that parliaments should be at the ‘heart of DFID’s governance work’. The report, though, also touched on wider issues of how DFID commissions and monitors its political programmes, suggesting fundamental changes to both. DFID recognises these challenges, and offered either full or partial agreement with most of the recommendations. The challenge that remains, though, is moving from the rhetoric of ‘engaging with politics’ to a much improved form of political and parliamentary programming.

You can read the full article here. 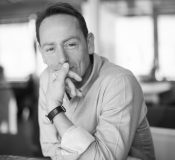