Parliamentary Response to Crisis: The Secondary Effects of Covid-19 on Women at Risk to Human Trafficking

Ahead of the GPG Online Conference Establishing a Regional Approach to Human Trafficking and Forced Labour, GPG Associate and Member of the UK House of Lords Jeremy, Lord Purvis of Tweed reflects on how the knock-on effects of COVID-19 in Sudan and its neighbouring countries are having an impact, women and girls are likely to be more at risk to forced labour and human trafficking.

The secondary economic impacts of the global public health emergency of COVID-19 are being felt hard in Africa. The World Bank forecasts a real possibility it will fall into the first continent wide recession in 25 years. In the vast continent of 1.2 billion people some more than others will continue to feel suffering. In Sudan, already beset by poor domestic production levels, vulnerability to fuel shortages and wage reductions, the population has little capacity to weather an additional storm. The optimism of the revolution that brought an end to the dictatorial rule of Omar al-Bashir has been tested with few signs of economic recovery, still supressed by US sanctions.

The crisis is significantly disrupting many majority-female market sectors in Sudan, such as domestic services, hospitality and petty trading in marketplaces. This threatens women’s economic security in the longer term, especially if women recover financially more slowly than men, as happened following the Ebola-related disruption in west Africa. Mistakes of the past must not be repeated.

Covid-19 is also likely to undermine women’s economic security and girls’ education because we know that temporary school closures disproportionately impact girls’ education and that girls are far less likely to return to school after income cuts leave their families unable to afford schooling for all their children.

Restrictions on markets and then on border crossings interrupt informal trading, which is frequently the only path to financial independence for some women. The UN Office for Drugs and Crime (UNODC) has warned that the crisis is creating the environment where women and girls are more at risk to trafficking:

”For the victims still in confinement by their traffickers, COVID-19 measures may make their desperate situation even worse. The increased levels of domestic violence reported in many countries is a worrying indicator for the living conditions of many trafficking victims, such as those in domestic servitude or sex slavery, forms of exploitation that disproportionately affect women and girls. In an environment where priorities and actions are geared towards limiting the spread of the virus, it is easier for traffickers to hide their operations, making victims increasingly invisible.”

Border closures also either stop vulnerable populations from seeking safety, leaving them more exposed to serious risks, or force them to resort to illegal trafficking routes with all the protection consequences that entails. UNHCR has called on states to continue to grant asylum whilst putting in place appropriate measures at border crossings to protect public health.

This applies to Sudan perhaps more than many given the existing recognised routes for people movement and trafficking from Eritrea and the wider Horn of Africa. Sudan is already host to 907,000 refugees with the vast bulk from South Sudan, the country on earth with the most urgent food crisis. There are nearly two million internally displaced people in Sudan representing 5% of the country. (Source: IOM, 2017) It currently lacks the basic infrastructure needs to support such large numbers and relies very heavily on informal community and family support mechanisms, all of which are massively under strain with the pandemic crisis. Informal refugees and displaced people, with limited formal links to government services and identification papers are the most at risk of being trapped into forced labour situations, and at the extreme being trafficked for labour elsewhere.

The specific impact on vulnerable women and girls is therefore of major concern, as are their vulnerability to exploitation as migration and trading routes re-open. This is why UNODC has called for a “systematic data collection and analysis on the impact of COVID-19 on trafficking in persons. There is no country immune to the pandemic and as COVID-19 does not affect all regions at the same time, experience from one country could be vital to others.”

The need for urgent action to address the immediate economic and food crisis is beyond question. But this is also the time to think of the secondary impacts on those who will continue to be vulnerable even when the health emergency recedes. Making progress on UNODC’s call for a rapid identification of the new risks posed by COVID-19 to an already pressured system, and for women and girls who are exposed to new dangers should not be just a Sudanese priority, but a global one.

Bringing the resources and capacity of the UK and Gulf nations, often the end destination for Sudanese who have been trafficked, together with local knowledge of the Sudanese officials who are striving with limited recourse to address the issue will be a practical step in taking this action.

Another practical step? Empowering women in the leadership for recovery, as highlighted in an earlier blog by my GPG Associate colleague and former Scottish Minister, Margaret Curran.  In addition to the fact that countries which have so far managed the pandemic better than others have female heads of government, is it now beyond any doubt that empowering women leaders, scientists, civil servants and administrators is effective and efficient in managing such crises. A positive outcome of this one will be to empower women in positions of decision making throughout all levels of government. The dual benefit of a more effective response as well as a shifting of the perceptions of the role of women in countries including Sudan, could be a long lasting positive in a crisis of many negatives.

The Global Partners Governance Online Conference: ’Establishing a Regional Approach to Human Trafficking and Forced Labour’ on 9th June is especially timely. With it bringing together high level, gender balanced, representatives from the UK, Sudan and Bahrain, it is an essential building block to the dialogue we need.

It must be a shared priority for all to ensure that the dreadful consequences of a public health crisis are not compounded by a further human tragedy for those most vulnerable to forced labour and trafficking. 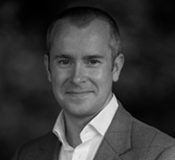