Nick Sigler is a GPG Associate, former head of International Department of UNISON -Britain’s largest public service union- and former International Secretary of the Labour Party. He explores how trade unions have multiple qualities to serve democratic transitions using examples from across the world.

Trade unions have a somewhat chequered history when it comes to democratic transition. Whereas today, in most instances, trade unions are seen, in the western world, as being strong and effective advocates and defenders of human, social and democratic rights, that has not always been the case. In Britain it is not that long ago that one of the largest trade unions in the country went on strike to prevent immigrants from working in the docks of London or on the buses of Bristol. Or that trade unions stood against equal pay for female workers. While in the United States major unions had a long history of corruption and gangsterism.

Under totalitarian regimes, today and in the past, trade unions – or at least what were called trade unions – were often nothing more than instruments of the state. While they may have provided a range of desirable services – holidays, day care, hard to get food supplies and so on – for the privileged membership, they were used as a means to supress legitimate demands from working people, to manage dissent and to marshal support for the regime.  The reputation trade unions gained in those countries and under those regimes has severely hampered the efforts of legitimate and democratic unions in the transition process.

Trade unions can and should exercise a key role in bringing about democratic change. They have both an ideological and a practical part to play. The very nature of modern trade unions make them prime candidates for a leadership role in any democratic struggle. The values of any modern trade union will revolve around a commitment to democracy, both internally and externally, a determination to fight for freedom and fairness – not just in the workplace but throughout society – and a strong desire for equality and equal opportunity. But alongside those values trade unions often have a number of valuable assets which include a sizeable and committed membership, access to the media, international links and campaigning experience.

In recent history we have seen both those ideological and practical assets put to good use in the pursuit of democratic transition. COSATU – the Confederation of South African Trade Unions – was a key member of the Tripartite Alliance which helped bring about the end of the apartheid regime in South Africa, as were a number of the trade unions that made up its membership. The unions played a variety of roles in the transition. They were party to the negotiations on drawing up a new South African constitution. COSATU initiated the drawing up of the Reconstruction and Development Programme (RDP) which, in effect, became the election manifesto for the ANC at the subsequent elections. And, of course, a number of key strikes demonstrated the opposition of working people to the regime. In neighbouring Zimbabwe the leader of the main opposition to the murderous Mugabe regime was the late Morgan Tsvangirai – who emerged from the trade union movement where he had been Secretary General of the Zimbabwean Congress of Trade Unions. And despite the failure of the opposition to replace the regime the trade unions in Zimbabwe remain one of the few forces of progress in that country.

Trade unions also figured prominently in the transformation known as the Arab Spring. In Tunisia, where the Arab Spring originated, the trade unions of the General Union of Workers of Tunisia, UGTT, were at the forefront of the struggle. UGTT emerged as the key mediator of the revolution, winning trust from divergent political forces. And today in Belarus, the last dictatorship in Europe, we see the independent trade unions at the forefront of the efforts to overturn the fraudulent election of Lukashenko and to establish democracy.

As well as their intellectual input and their leadership role, independent unions have a number of important devices to hand which can prove critical in any attempt to bring about democratic transition. Their membership is a vital tool. With relatively easy access to large numbers of people, usually already committed to democratic values, they can help build support for change. They can put their experience of initiating and implementing campaigns – whether for better working conditions or social change – to effective use in organising campaigns for democratic freedoms. Most trade unions have good international links which can help in developing good support networks and bringing in best practice. Trade unions will usually have a media operation, with good contacts to journalists and a social media setup, which can be put to good use in the democratic cause. And they have the most potent of tools, strike action. A blunt instrument and an instrument of last resort, strike action is nevertheless a powerful and often decisive venture that can force oppressive governments to listen and change. Never to be used without great thought and consideration – if only because the response from those oppressive governments can be brutal and the impact on the individual devastating – they are a form of collective action which can have real and immediate impact. They are a clear sign, especially if widespread, that the government has lost the support of the people and that the time for change has arrived. Perhaps the best known example of the use of effective strike action in bringing about change is the role played by the independent ship workers union of Gdansk in bringing down the communist regime in Poland.

Independent, democratic unions can be instrumental in bringing about democratic change whether through leadership or in stimulating support. But in many countries undergoing transition the unions were often state instruments and thus discredited or suppressed and thus weakened. Thus, if trade unions are to have any real impact in the transition process then have to become free, independent and internally democratic. When and where that is the case then there is no doubt they can and should have a decisive role in bringing about democracy. 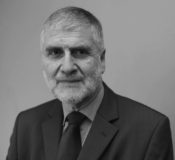