What if politics was built on empathy? Designing for empathy and collaboration in the Finnish Parliament 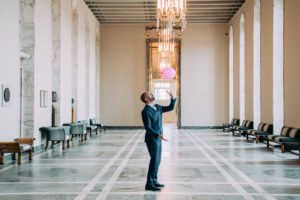 All photographs by Laura Mainiemi taken in the Parliament of Finland in 2018, featuring Members of Parliament.

Starting point
“We don’t learn to understand why others think the way they do.”
Member of Parliament, Finland, 2018

Writing about empathy in politics feels especially poignant in this moment. Arguably it is needed more than ever in the midst of the global COVID-19 pandemic, and as a result we are seeing unexpected and powerful expressions of empathy (as well as a lack of it) in political decision-making. At the same time the global empathy deficit continues to grow as the crisis highlights rapidly increasing global and national socio-economic inequalities.

As an Empathy Designer and Artist my work is focused on fostering empathy as a powerful tool for positive social and cultural change, both within our wider society as well as within specific organisations and communities. Since early 2018 I have been collaborating with the Parliament of Finland on the “Empatia Ele”-project, working with a group of six Members of Parliament from five different parties across the political left, right and center, to bring empathy into political culture and decision-making. Imagine… What if politics was designed for empathy?

Defining empathy
Empathy is a much debated topic, still without a single agreed definition. For the purposes of my work I adopt the definition of empathy as “a way of assessing what another person is thinking, feeling or doing from a quasi-first-person point of view […] it includes both emotional and cognitive aspects” (Hollan, 2012). Psychologists debate if it is even possible to feel what someone else feels and whether it is possible to feel it beyond an individual level. However the objective of design, and the objective of my work, is not to necessarily elicit a one-to-one match, but to more closely approximate someone’s thoughts, feelings and actions. Empathy can be taught and learnt, and empathy can be designed.

Despite the fact that empathy is often described as a “soft skill” and disregarded as a feminine emotion, empathy’s true transformational power to increase collaborative and pro-social behaviours has been proven by science. Empathy reduces conflict between in-and out-group members, and reduces unconscious racial bias. Empathy increases pro-social behaviour toward strangers, as well as increasing collaboration between opposing sides even in conflict situations. Finally, empathy increases persuasiveness, a point of interest to anyone working in governance.

Empathy in politics
“We already think what we think and don’t have the patience to listen.”
Member of Parliament, Finland, 2018

Long before the global pandemic, political polarisation and extreme positions had grown in both national governments across Europe and the EU parliament. This is also true in the USA, where the political system has never been more divided. This has made political dialogue difficult at a time when cross-party collaboration is needed more than ever to solve complex future challenges. There is also a lack of real, genuine, human interactions that has fostered an empathy deficit at the heart of power, deepening the rift between politicians. This not only affects the politicians, but their policy-making and as a result the people.

“When I think about politics, there’s no laughter, there’s no touch. There are too many hard people.”
Member of Parliament, Finland, 2018 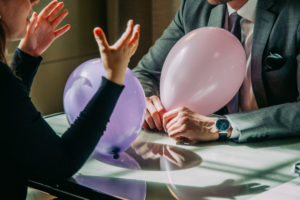 Launching the “Empatia Ele”-project in the Parliament of Finland created a unique opportunity to investigate and understand the role empathy currently plays, and more importantly could play in politics. Finland is in many ways an extreme user case study. Much like the rest of the Nordics, Finland favours coalition governments and has a long history of socially progressive policy-making. This creates an inherent need for collaboration and cooperation, and with it perhaps the most favourable and receptive conditions for exploring empathy in politics.

Empatia Ele: empathy tools for politics
“The world around us has changed, but we haven’t changed our ways of working.”
Member of Parliament, Finland, 2018 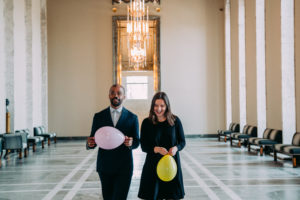 The Empatia Ele-project (empatia ele translates as empathy gesture in Finnish) was born in 2018 from a unique partnership with Jani Toivola, the first black Member of the Finnish Parliament, and conceived through an unprecedented co-creative research and design process with six Members of Parliament from five different political parties. The ongoing project aims to address the empathy deficit and the growing division in political culture. Creating new perspectives and communications through empathy, design thinking and play, the Empatia Ele sets to reform dialogue and interaction between politicians, creating space for more collaborative and more human governance.

More specifically, the first phase of the project (2018-19) focused on:
1. Starting a wider discussion about the role of empathy in political culture and decision-making by engaging key stakeholders.
2. Creating a design intervention that inserts empathy in the political process and culture, by focusing on how Members of Parliament may feel, think or act in relation to each other. 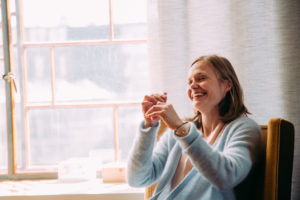 Through a creative process of engagement involving research, immersions and interviews, as well as co-creation, workshops, prototyping and testing, together with my participants we aimed to understand and redefine four key elements of the culture inside the Finnish Parliament:
Spaces: How can we create space for collaboration and cooperation?
Roles: How can we free each other from the roles that we have been assigned and bring different perspectives and missing voices to improve conversation?
Rules: How can we understand the unwritten rules of political culture and rewrite them so they serve everyone equally?
Relationships: How can we enable real human interactions in politics to build stronger relationships?

Initial outcomes
“I’m so lucky to be a part of this! It has opened my eyes to politics in a completely new way.”
Member of Parliament, Finland, 2018 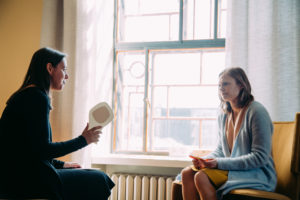 The project has already opened up wider conversations between politicians, civil servants and Parliamentary staff about the shared working culture inside the Parliament. Furthermore, together with the participating Members of Parliament I have designed a collection of three empathy tools for politics to be used at key stages of the political decision-making process, focusing on the work done in cross-party committees, a moment of much needed collaboration. The collection of playful, colourful and practical everyday tools establishes building blocks towards empathy by encouraging active listening, bringing new perspectives and missing voices into conversation, as well as establishing new methods of more open and transparent communication, to foster a more empathic and more collaborative political culture and future. You can watch a short film about the project here and read more about the case study here.

The work continues, now propelled by new unimaginable long-term challenges and opportunities as a result of the pandemic. After a hiatus during the Finnish General Election in 2019, I am currently working on Phase 2, which will engage the newly elected stakeholders in order to explore scaling up the project for longer-term experimentation and testing both inside and outside the Parliament.

Imagine… What if politics in a post COVID-19 world was designed for empathy?

Enni-Kukka Tuomala is a Finnish Empathy Designer and Artist based in London. Her work is focused on channelling empathy as a powerful tool to create positive societal and cultural change to tackle the growing divides between us, both in our wider society, as well as within specific organisations and communities. To do this she has developed a new process, methods and tools to design “issue-based empathy” across age, gender, race and culture.

Having worked in London, Tokyo, New York and Helsinki, Tuomala’s practice builds upon understanding and investigating the delicate relationships between empathy, culture, space and systems. She has worked on projects involving system and culture redesign through empathy with partners such as the Finnish Parliament, London Borough of Newham and Innocent, as well as been commissioned to create empathy projects by collaborators such as the BBC, Virgin, LIFT, Bow Arts, Bath University, and the GLA. She is currently the Artist-in-Residence at Kettle’s Yard in Cambridge, where she is about to launch the second iteration of her ongoing project “Campaign for Empathy” working together with the local North Cambridge community.

Tuomala has a joint M.A. and M.Sc in ‘Global Innovation Design’ from the Royal College of Art and Imperial College London, as well as an M.A. from the University of Oxford. Before establishing her own studio, Tuomala worked as an award-winning Strategist for Saatchi&Saatchi and adam&eveDDB. 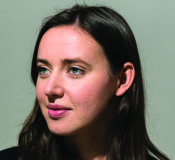 Written for GPG by Enni-Kukka Tuomala