Why should men care? Women in politics

This piece by Former FCO Minister and Minister for Women and Equality Meg Munn introduces the project she worked with GPG on the role of male allies in supporting women’s representation in politics.

When I first read about a new piece of work for Global Partners Governance on engaging male allies to support women’s political participation, it started me thinking about what that actually meant. Not surprising as I’ve spent over thirty years encouraging and supporting women to become more involved in politics, and helping those who do to progress. I’ve run courses for women aspiring to become MPs or councillors, lobbied for all women shortlists and chaired the advisory group for a mentoring scheme. From time to time, men had come to events as speakers or supported the greater female participation, but men as allies? What exactly does that mean?

Interest in the topic turned to serious consideration when I was asked to be the lead associate for the project. Over the last few weeks, alongside fellow former MPs, Alistair Burt and Stephen Gethins, I deepened and developed my thinking, and mined my memory to unearth examples.

An internet search is always a good place to start and I discovered that there is such a thing as a male ally continuum. Jennifer Brown, an American consultant uses alliteration to describe the journey of allyship. Men can move from apathetic, through aware, to active and finally, advocate.  Her first stage can also cover those who are unaware – a less negative term than apathetic.

I recalled courses I had facilitated for male and female staff of the Kenyan parliament where gender was a new concept for many. Over two days the exercises prompted them to consider the different experiences of men and women. At times it was like seeing a light go on – the clerk who suddenly saw breast feeding at work, not as a woman’s issue but an employment issue. He recognised the possibility that men at work might experience issues related to health, which need to be accommodated and that the working environment could also change to include new mothers, especially as paid maternity leave is short.

In addition, I remembered how I had prompted aware men to become active. When I was the Minister for Women and Equality, I was surprised that at question time for this Department those taking part were overwhelmingly female. I encouraged men to take part, because to me topics such as domestic violence, equal pay, human trafficking, concern men too. Over time these issues became no longer just “women’s issues” to be discussed by women.

There were also the men who advocated women’s political participation. For the new project I got in touch with Ian McCartney, former MP and cabinet minister. We recorded an interview where he described actions, he took to support women whilst he was Chair of the Labour Party. Ian described how he grew up with women as the “cement of the whole community”. Yet they rarely had a chance to stand for election to the local council let alone for parliament. He saw this as a huge loss of skills, knowledge, empathy and passion.

As he grew older, he saw that this discrimination was not just in the labour movement (the political tradition in which his parents were engaged) but was also in wider society. A true male ally, he used his position as Chair of the Labour Party to make a real difference for the chances of women in the political world. His advocacy for all women shortlists led to 65% of new Labour MPs being female after the 2005 General Election.

Over the last three years, I have undertaken work for the Inter-Parliamentary Union (IPU) in Djibouti. The Speaker of their parliament, Mohamed Ali Houmed, has played a crucial role in both empowering women, and putting the issue of greater female involvement firmly on the agenda. Before the parliamentary elections in Djibouti in 2018, the Speaker facilitated the speedy passage of a law to increase the quota for women MPs from 10% to 25%. In 2018 the IPU recognised Djibouti for having the most impressive gain in women’s representation.

The Speaker’s support did not stop there. He advocated for the development of two caucuses within parliament – one a gender caucus and the other a women’s caucus. The women’s caucus is for women MPs only, and focuses on support and development of women both within and outside parliament. The gender caucus is for male and female MPs and focuses on issues of gender equality in laws and policies.

Along with Stephen and Alistair, its been good to explore our experiences of changing times, considering how different political parties have tackled the issues and the steps different parliaments have taken to increase the number of female MPs. Developing and sustaining male allies is important, and we have considered how commitment can be maintained. We recognise that for men that have become aware it may still be difficult to swim against a culture that is apathetic or hostile. For individual men knowing when to speak up and when to step back and make space for women is not always easy.

At the heart of this work, is an understanding that greater equality is good for both men and women. A culture that holds women back, also polices the behaviour of men, forcing them to behave in ways which may be uncomfortable. Masheti Masinjila, a Kenyan gender expert and trainer, expressed this eloquently in a recorded interview for us. He set out how the expectations of society can conflict with what men and women would like to do, leading to stress and anxiety. He illustrates this by talking about men having to be strong even when they are afraid, when running away would be a better option. They don’t feel brave so they fake it – “act out the man you are supposed to be”. By reflecting on these issues, participants can begin to see that the defence of masculinity is misplaced. They can just be human.

Seeing the potential benefit of changes, helps those taking part in gender training to move away from defending what they see as masculinity or femininity. They can really appreciate how men and women might work together for greater equality and the positive effect this will have for themselves and society at large. 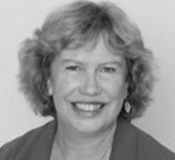 This week's blog was written by GPG's Associate, Former FCO Minister and Minister for Women and Equality Meg Munn .