Having worked in Jordan since 2011, we established our representative office in Amman in 2016 to provide logistical, administrative and technical support for our expanding programmes, as well as a regional hub for our work in the Middle East. GPG’s political development work in Jordan arose in response to a request from the Royal Court and has put the UK at the heart of the reform process in the country, successfully supporting real changes in parliament and sectors of government. Political and economic development are closely linked, and in 2018-19, GPG completed a research project commissioned by the Foreign Office, Department for International Trade and DFID, to examine the business environment in Jordan and identify potential synergies between the UK and Jordanian markets, based on focus groups, in-depth interviews and a survey of key business and policy stakeholders. 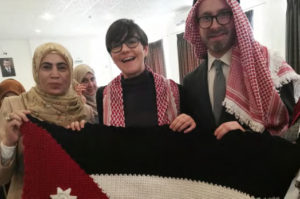 The aim of the reform agenda in Jordan, as expressed by King Abdullah II in his ‘roadmap for political development’, is to move towards a system of democratic parliamentary government, in which policy-based political parties represent citizens’ views; the government is drawn from members of parliament; there is a constitutional monarchy, which gradually reduces its involvement in political affairs; and a process of democratic decentralisation brings decision making closer to the citizen. In order to reach these objectives, institutional reforms in parliament and government will need to be combined with an increase in citizen engagement so that top-down reforms are combined with bottom-up changes in political culture to reach a situation where parliament and government can be said to be inclusive and representative. This is a long-term agenda, but without visible signs of progress, there is a danger of disillusionment, particularly among sectors of the population who feel excluded from established politics, thus risking Jordan’s position as an island of stability in a volatile region.

Since 2012, GPG’s project has supported more efficient structures in parliament, reducing the time it takes for legislation to pass into law, improved working practices between the government and parliament, built capacity to implement decentralisation through a new tier of regional government, and provided consistent discreet support to the
Royal Court on the ongoing political reform process.

Connecting Parliament and the Public: Combining specialist technical advice with support for widening committee consultative processes, GPG has worked to support legislation and scrutiny in a range of policy areas:

GPG supported the Code of Conduct Committee to draft and pass the first Jordanian parliamentary code of conduct. We arranged an exchange of experience with the Moroccan parliament to learn from successful innovations which had been implemented in a similar context. 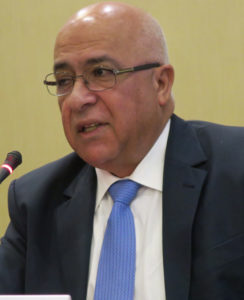 More Effective Executive-Legislature Relations: In any well-functioning political system, government and parliament need to interact on numerous issues, including the introduction and passage of legislation, as well as parliamentary oversight mechanisms such as committee inquiries and questions from MPs. GPG used our unique relationships with all parts of the Jordanian political system to bring together actors from Parliament, the Royal Court and the Executive to consider how each side needs to play an appropriate role in the system, but also to co-ordinate their efforts to achieve the goals of political reform.

Jordan and the UK have a long-standing strategic, political and cultural partnership, which both countries value greatly. In economic terms, however, the value of trade and investment flows between the two countries does not match the political partnership. There is no lack of ambition on the part of either Jordanian or UK business, and the creation of new market opportunities would benefit both countries. As part of the UK-Jordan Partnership, GPG was commissioned to examine the underlying political and economic drivers of trade and investment between the two countries and make recommendations to increase these links.

On the basis of an extensive primary data collection process both in the UK and Jordan, GPG examined the current status of the UK-Jordan trade relationship, identified potential synergies and growth sectors, and made recommendations on how to minimise barriers or limitations to trade and investment between the two countries. The research also examined Jordan’s trade environment more broadly, in support of the UK’s strategic objective to contribute to growth and stability in the country and to use its aid spending to drive prosperity and self-sufficiency.

“GPG staff and consultants take the time to get to know the people they work with and to listen to and understand their concerns and interests. […] This approach is made possible by GPG’s use of expert associates with highlevel practical experience of politics and governance in their professional careers. This experience enables them to communicate effectively with project interlocutors to understand the context in which they are working and to work with them to devise appropriate and workable solutions based both on technical expertise and political understanding, promoting a locally-owned process of self-sustaining reform.” (DFID Evaluation of GPG’s Jordan Political Reform Project)