Between 2016 and 2018, Global Partners Governance delivered a project to strengthen parliamentary accountability in Kyrgyzstan, including introducing the technique of post-legislative scrutiny (PLS) into the parliament. GPG assisted the Social Committee to apply PLS effectively to improve the conditions of Kyrgyz migrant workers, who contribute hugely to Kyrgyzstan’s GDP through remittances, but whose working conditions are poor and who face challenges in economic and social reintegration on their return to their homeland.

The work formed part of a four-year DFID programme, Governance in Action, which aimed to improve the responsiveness of the Kyrgyz political system and in particular, the way in which it considers the needs of businesses, supporting more inclusive economic development. The component delivered by GPG involved working with MPs and committees to create more citizen-focused forms of accountability in an institution which had previously been very focused on the passage of legislation. PLS was a key component of GPG’s strategy to help shift political incentives away from an incessant stream of new legislation and towards oversight and evidence-based consideration of the real effect of laws on people and businesses. 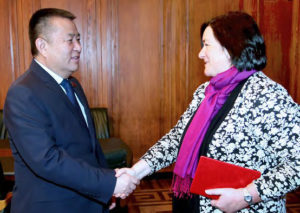 Kyrgyzstan is a small, Central Asian country with a population of around 6 million. It has undergone significant political turbulence since the collapse of the Soviet Union. The Tulip Revolution (or first Kyrgyz revolution) of 2005 ousted the post-Soviet President and in 2010, the second Kyrgyz revolution in response to ongoing corruption and poor living standards led to the creation of a fuller parliamentary system. Since 2010 there has been a period of relative stability and relatively open and peaceful political elections for both the President (2017) and the Parliament (2015). Kyrgyzstan remains an open society in comparison to some of its neighbours, with an active civil society. It is sometimes referred to as the only parliamentary democracy in Central Asia, (although it still has a directly elected President with considerable powers) and a beacon of democracy in a relatively authoritarian region. However, it remains a poor country by comparison to many of its immediate neighbours and it continues to struggle against very high levels of corruption and structural economic problems.

The unicameral Parliament of Kyrgyzstan, the Jogorku Kenesh (JK) has clear written processes and procedures, but as a very new parliament, these have not yet become embedded into cultural and behavioural norms. At the time GPG was working with the JK (2016-2018), it had nine committees, responsible for both legislative scrutiny and oversight. These had been reduced from 16 in 2010 then 14 in 2014 in an attempt to streamline the system. The main issue quickly identified by GPG was that political activity in the JK was almost exclusively focused on legislation, which was seen as the principal political achievement by both the government and individual MPs. 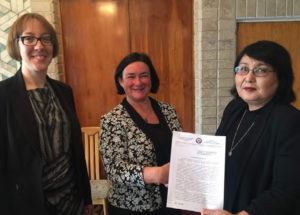 GPG supports parliaments around the world to develop more open and inclusive institutions, which engage more constructively with citizens and which value oversight as much as legislation. GPG has found the introduction of PLS scrutiny as a technique an effective means of furthering this objective, particularly in parliaments which may be highly efficient in passing new legislation, but devote relatively little time to monitoring its impact. To achieve this, PLS should not be understood as primarily a legalistic tool, but as a means of changing the behaviour of MPs and staff towards GPG’s approach to shifting the activity of Kyrgyz parliamentary committees away from new legislation and towards establishing more open and consultative processes, and consideration of the legislative cycle as a process rather than an event.

PLS is a way for parliament, through its committees, to return to laws it has passed to see how well they have been implemented and test their effects on the citizen, normally through inquiries and evidencetaking by parliamentary committees. Through PLS, MPs, in cooperation with civil society, can help improve the quality of services to the public. This strengthens their representative function and their oversight of government more generally and underpins the critical role that Parliament can play in improving the quality of legislation and services delivered to citizens. You can read our Guide to Parliaments paper on PLS here.

GPG’s approach to shifting the activity of Kyrgyz parliamentary committees away from new legislation and towards strategic oversight based on the views of the public and their representative groups used the concept of PLS as a way for committees to understand the interplay between the legislative, representation and oversight roles of parliament, to make visible the imbalance between them, and begin to redress it. Despite its name, PLS is essentially an oversight rather than a legislative activity, however, linking oversight to specific items of legislation rather than general policy areas was less of a leap for committees in Kyrgyzstan, which, to that point, had really only ever dealt in legislative amendments. In order to be effective, however, GPG was clear that there had to be a political incentive for already overloaded members of parliament to see this as a useful and rewarding political activity, rather than an additional technical task imposed by international donors. 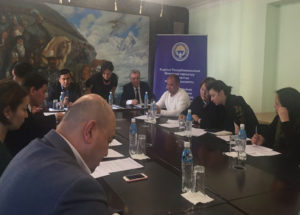 GPG supported a ‘pilot’ PLS inquiry to introduce the concept of PLS to illustrate the need to pass fewer but better laws. The project aimed to help MPs to understand their oversight role in holding the government to account by ensuring that laws are implemented effectively once they are passed. The initial stages of the pilot project involved internal training for MPs and staff of the Social Committee, which chose the 2013 Law on Supporting Citizens Abroad which dealt with the rights of Kyrgyz migrants working in other countries.

Nearly one sixth of the Kyrgyz population – one million Kyrgyz workers – currently live and work abroad. In 2017, remittances being sent back to Kyrgyzstan accounted for 32% of the GDP.1 Predominantly, these Kyrgyz workers are working in Russia and Kazakhstan, frequently within the construction industry and are often living in primitive conditions with poor access to health care, education and training and other basic rights. The issue of Kyrgyz migrant workers based abroad and their rights as Kyrgyz citizens is one which affects the vast majority of ordinary Kyrgyz families.

Working with MPs and staff, GPG supported an innovative process of evidence taking, including a visit of the PLS working group of MPs and senior staff to Rostov na Donu and Krasnodar in southern Russia to meet Kyrgyz migrant workers, hold public meetings and to take evidence on the impact of the Migrant Law. The visit was covered quite extensively on both conventional and social media in Kyrgyzstan.

The working group over a number of weeks held both formal and informal hearings with witnesses, NGOs, representatives from the migrant communities as well as with government bodies responsible for the migrant workers. A draft report setting out clear recommendations for reviewing, improving and updating the law was drafted and a timetable was set for its adoption by the working group and then by the social committee. The adopted committee report was then taken to the plenary session of Jogurku Kenesh and adopted at a special event and hearing.2

PLS can be seen as a dry subject, often revisiting highly technical legislation but if it is used correctly in developing parliaments it can be a useful mechanism to encourage parliamentarians to understand the full scope of their roles and functions more effectively. This is particularly true in developing parliaments where passing new laws is often seen as a key indicator of an MP’s effectiveness. The sheer quantity of legislation results in the poor-quality legislation that is difficult to implement and is often incompatible with existing legislation. Holding the government to account in the implementation of the legislation should be seen as a crucial role for parliaments and introducing the concept of PLS as a norm will assist the JK in developing this process. GPG’s PLS pilot project was also extremely effective in providing motivational incentives for MPs and staff in visible outcomes in terms of the impact of ordinary people’s lives and raising the profile of the institution where they work.

“We would like to thank the DFID programme warmly for its support. As part of the post-legislative scrutiny activities of the Jogorku Kenesh Committee on Social Issues, a working group visited the cities of Krasnodar and Rostov-on-Don of the Russian Federation […] Thanks to these field visits, the working group has received valuable information about the effect of the law on Kyrgyz migrant workers abroad and its implementation on the ground” – K. Imanaliev MP, Head of the PLS Working Group