Adlah is a public policy specialist with extensive experience in governance, public sector reform, conflict, and fragility in the Middle East. Over the years, Adlah worked on improving governments inclusion of citizens in the policy making process, particularly marginalised groups including women, youth, ethnic and religious minorities.

Adlah is passionate about political participation. She spent over a year in Australia where she advised grassroots organisations on effective engagement strategies with the government. She offered policy advice on political inclusion of marginalised groups through advocacy, community mobilisation, and organisation.

Since joining GPG in 2013, Adlah led on our work supporting the first elected parliament in Libya after the revolution and had strategic oversight of our longstanding political reform programming in Iraq funded by the former FCDO. Through working at the highest levels of national and local governments, parliaments, and civil society, Adlah worked across multiple policy areas including post conflict reconciliation, peace building, local governance, and decentralisation.

Adlah started her career in the Jordanian Government as a policy analyst at His Majesty King Abdullah’s political office at the Royal Hashemite Court.

Adlah holds a BA in Political Science from the University of Jordan and an MSC in International Development from University College London. She is fluent in both English and Arabic and a basic knowledge of French and Hebrew. 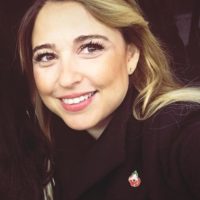