Adrian Crompton has spent over 30 years of his career supporting parliamentary institutions in the UK. In July 2018, he was formally appointed by Her Majesty the Queen to the position of Auditor General for Wales. As head of the Wales Audit Office, he is the external auditor of the devolved public sector in Wales, has oversight of some £20 billion of taxpayers’ money and acts as senior advisor to the Public Accounts Committee of the National Assembly.

Prior to this appointment, he was the Director of Assembly Business at the National Assembly for Wales. As the senior procedural adviser to the Llywydd (Speaker) he led a team of around 160 staff providing parliamentary research, procedural, legal, communications and administrative services to support the formal business of the Assembly in plenary and committees.

Having held senior roles in the National Assembly since its establishment, he was integral to its development as an effective parliamentary institution. He was also the senior advisor to the National Assembly for Wales Remuneration Board, an independent statutory body responsible for setting the pay, pension and financial support arrangements for Assembly Members. Before joining the National Assembly in 1998, Adrian spent 10 years as a senior researcher in the Research Service of the House of Commons. 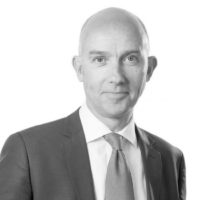