Former Director of Public Engagement at House of Commons

Aileen Walker OBE worked at the House of Commons in the UK Parliament for over 30 years in a range of public engagement, research, information, communications and change management roles. Between 2008 and 2016 she was Director of Public Engagement, where she led a significant development strategy to improve the UK Parliament’s relations with the public. Her work in this area included the substantial expansion of Parliament’s education services, culminating in the opening of a dedicated Education Centre at Parliament in 2015; overseeing the establishment of a regional parliamentary outreach service, taking Parliament out to where people are; the introduction of a whole new range of information and engagement resources and awareness-raising activities; and the development of a visitor services team, offering information and orientation services to all visitors to Parliament, alongside running both free democratic access tours of the Houses of Parliament and award-winning commercial tour and retail services.

Aileen has also been a council member of the Hansard Society, a not-for-profit organisation that works to promote and strengthen democracy in the UK and abroad; she has been a school governor for many years; and she is a trustee and board member of a theatre charity.

Aileen received an OBE in the New Year 2017 Honours List for services to improving public engagement with Parliament and voluntary service to the community in London. 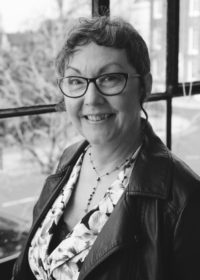