Deputy Director of the Constitution Unit at UCL

Dr Alan Renwick is Deputy Director of the Constitution Unit at University College London.  He is an expert on electoral systems, referendums, and deliberative democracy.  He has published two major scholarly books on electoral systems and electoral reforms around the world: The Politics of Electoral Reform: Changing the Rules of Democracy (Cambridge University Press 2010) and Faces on the Ballot: The Personalization of European Electoral Systems (Oxford University Press 2016).  He also published A Citizen’s Guide to Electoral Reform (Biteback 2011) ahead of a referendum in the UK on the issue.  His work on referenda focuses on the conduct and regulation of referendum campaigns – particularly on mechanisms through which the quality of debate during such campaigns can be raised.  In his work on deliberative democracy, he examines how citizens’ assemblies and other similar deliberative fora can best be designed to foster reasoned, inclusive, and informed decision-making.

Dr Renwick has provided advice on electoral and other political reform processes in a range of countries.  He is also a leading commentator on constitutional matters in the UK, where he is regularly consulted by politicians, officials, campaigners, and journalists. 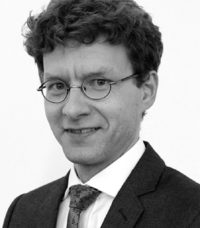 Alan Renwick
Deputy Director of the Constitution Unit at UCL