Former Deputy Chief of Staff to the Deputy Prime Minister

Baroness Alison Suttie has been a member of the House of Lords since October 2013.

Prior to becoming a member of the House of Lords, Alison served as deputy chief of staff to the Deputy Prime Minister for the first 18 months of the Coalition government from 2010 to 2011.

She worked for 10 years in the European Parliament between 1996 and 2006 and was press secretary to the president of the European parliament from 2002 to 2004.

Since 2011 she has been working as an adviser, mentor and trainer in the parliaments of Jordan, Kyrgyzstan, Ukraine, and Iraq as well as being engaged in advocacy and youth engagement projects in North Africa, Eastern Europe and Central Asia. 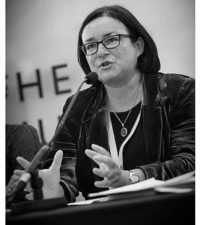