Andrew Feinstein is a former ANC Member of Parliament in South Africa, a writer, campaigner and broadcaster. He served as an MP for more than seven years – on Parliament’s Finance committee, as Deputy Chair of the country’s Audit Commission, and as ranking ANC member on the key financial oversight body, the Public Accounts Committee. He resigned in 2001 in protest at the ANC’s refusal to countenance an independent enquiry into a multi-billion dollar arms deal which was tainted by allegations of high level corruption.

Andrew was recently named amongst the 100 most influential people working in armed violence reduction globally, and is the author of “The Shadow World: Inside the Global Arms Trade”. The book was short-listed for the Alan Paton Prize for Non-fiction. A documentary feature film of the book premiered at the Tribeca Film Festival in New York in April 2016 and was awarded Best Documentary Feature at the Edinburgh International Film Festival, the Valladolid International Film Festival and the Belgian Ensor Award. His previous book was the best-selling political memoir “After the Party: A Personal and Political Journey Inside the ANC”. 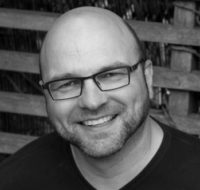