Head of Nissan Centre for Political and Parliamentary Development

Bassam has a long history in Jordanian politics. He was the Deputy Secretary General of the Jordanian People’s Democratic Party, and a Coordinator for the Social Democratic Gathering bloc. He served as a Member of Parliament for six parliamentary terms, and was the First Deputy Speaker of parliament 2000-2001.

Bassam also writes extensively on issues of politics and human rights. He has published papers on subjects including parliamentary work, labour and trade union movements, as well as studies on the Jordanian student movement. He writes regularly for Al-Ghad newspaper. Bassam was the President of the Pen Society. Bassam graduated from the University for Foreigners, Italy and speaks Arabic and intermediate English and Italian. 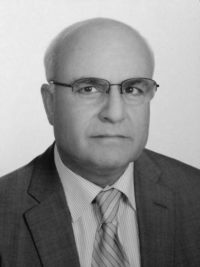