The Right Honourable Caroline Flint is a well-known and highly experienced figure in politics and the media, having been the Labour MP for Don Valley from 1997-2019.

From 2015-19 she was a member of the Public Accounts Committee and the Intelligence and Security Committee from 2017-2019.

Active in politics for 4 decades and a dedicated constituency MP Caroline has an in depth understanding of political communications and representation. She worked in local government, the voluntary sector and for a trade union before becoming an MP.

Caroline is a political and policy commentator. She chairs the Advisory Board of the Institute for Prosperity and is an Advisory Board Member for public service think tank Reform. In 2021 she will be Co-Chairing a ‘Getting to Zero’ Onward project.

She is a consultant and advisor for a range of organisations on how Government and Parliament works and how to engage effectively. 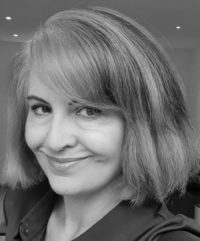