Colin was the Member of Parliament for South East Cornwall between 1997 and 2010. During that time, he served as a member of the Environment, Food and Rural Affairs, European Scrutiny, Treasury, and Defence select committees. Between 2002 and 2005, Colin was his party’s spokesman on Defence.

Prior to entering Parliament, Colin spent 30 years in both retail and investment banking and was the chief executive of an investment bank covering banking securities and equities trading. Until recently he was also a member of the General Medical Council. 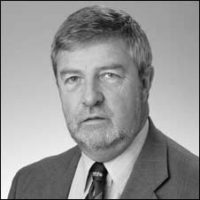