David Green is Adviser to the Chairman of the Royal Bank of Scotland on Brexit and the City.

He has worked for over forty years as a central banker and financial regulator, principally in the Bank of England, IMF and the UK Financial Services Authority. From 1968 to 1998, he worked in the Bank of England on a broad range of economic, supervisory and financial stability topics. From 1974 to 1977 he served as Private Secretary to the Managing Director of the IMF in Washington D.C. He was the Bank’s Adviser on North American and Japanese Affairs from 1983-1992 and Head of the Industrial World and European Divisions from 1994-1998.

He has published, jointly with Sir Howard Davies, “Global Financial Regulation – The Essential Guide” and “Banking on the Future: The Fall and Rise of Central Banking” and contributed chapters to a number of books on financial regulation.

He has his own consultancy practice and has undertaken assignments for the Swiss Federal Finance Administration (on the conduct of market supervision during the financial crisis), Canadian Department of Finance, Monetary Authority of Singapore, Central Bank of Cyprus, Central Bank of Qatar, Jersey Financial Services Commission, Iraqi Parliament, the Capital Markets Authorities of each of Kenya, Zambia and Rwanda, and for TheCityUK and the Corporation of London. 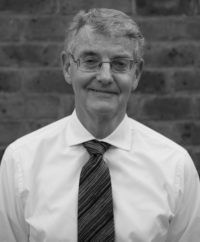