Gavin Callaghan is the leader of Basildon Borough Council in Essex. Whilst serving as the youngest leader of a Local Authority in the UK and leading a Council in no overall control, Gavin was recognised for his pragmatic and diplomatic leadership and negotiating style.

Having identified major infrastructure flaws, financial uncertainty and the need for increased powers in Local Government across South Essex, he directed the creation of the Joint Association of South Essex Local Authorities (ASELA) to enhance lobbying, communication and development planning efforts with central government, to deliver £1bn of investment into the region in the next 10 years.

Prior to becoming leader of Basildon, Gavin worked as a political advisor to three Members of the UK Parliament and as a lobbyist for national charities. Gavin’s expertise centres around strategy, welfare reform, devolution of powers, public sector reform and local government reorganisation.

In addition to Gavin’s experience in frontline politics, he has worked closely with national and local media and communications teams to advise civil servants, parliamentary staff and politicians on communication techniques and media training.

Gavin has a degree in politics from the University of Newcastle upon Tyne with specialisms in US Foreign Policy. 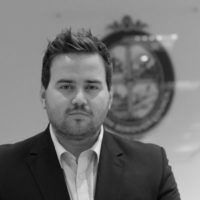