Senior Researcher at the National Assembly for Wales

Hannah authored a practical toolkit for scrutinising legislation from a gender perspective, which was published in 2017 by the UNDP.

In 2016 Hannah worked for the UNDP in the Fiji Parliament for four months to establish a research service and support committees’ scrutiny of legislation, and returned in 2017 to support the parliament’s budget scrutiny process. She has also worked with the Egyptian and Sudanese parliaments for GPG and the Ukrainian Verkhovna Rada for the UNDP. She is currently supporting the development of the research unit in the National Assembly of the Gambia. 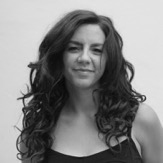 Hannah Johnson
Senior Researcher at the National Assembly for Wales