Originally from Ireland, Iain is currently based in London. He has 14 years’ experience working in politics. In that time, he has worked with over 200 political parties. He has a strong track record in designing and delivering capacity-building projects and trainings for political parties in Africa, the Middle East, and Central and Eastern Europe. He is an experienced political trainer in the field of campaigns, policy development, internal party democracy and communication strategies.

From 2012-2016, he managed the UK Liberal Democrats International Relations Office and spearheaded innovative and highly commended projects such as the ‘Africa Liberal Network’ and ‘South Africa Young Leaders Programme’, both acclaimed as ‘Gold Standard’ in the 2015 DFID/FCO Triennial Review. Iain has advised senior political figures around the world including former United States Senator John Kerry, Deputy Prime Minister of United Kingdom, Nick Clegg and Mrs. Helen Zille, Premier of the Western Cape of South Africa amongst others.

He has worked with political parties in Nepal, Sudan, Tanzania, Poland, Czech Republic, Malawi, Botswana, Serbia, Bosnia, Kosovo and Albania, amongst others. 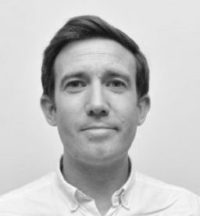