Former Member of the Scottish Parliament

Jeremy is a Liberal Democrat working peer and one of the youngest ever Life Peers. He was elected to the Scottish Parliament as the youngest constituency MSP, aged 29. He served two terms in Holyrood as MSP for Tweeddale, Ettrick & Lauderdale. The seat no longer exists owing to boundary changes.

During his terms in Holyrood he served as the Scottish Lib Dem Shadow Finance Secretary. In 2011-12 he chaired the cross–party Devo Plus group writing their proposals for the future of Scotland, most now reflected in legislation. In 2014 – 2015 Jeremy piloted through the Lords and into law the International Development (Official Development Assistance) Act 2015. In the 2015-16 Parliament his Constitutional Convention Bill was introduced.  This sought the establishment of a citizen led British Constitutional Convention to address reform in how the UK is governed.

He founded and co-chairs the All Party Parliamentary Group on UK Reform and Decentralisation and vice chair of a number of others. Jeremy is a member of the Executive Committee of the Commonwealth Parliamentary Association (UK). 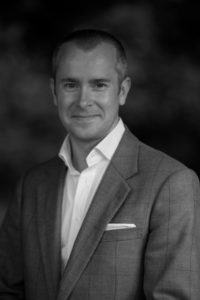