Former Minister and Member of Parliament

The Rt. Hon Joan Ryan MP is an independent Member of Parliament for Enfield North. Joan was re-elected in the 2017 General Election with an increased majority of 10,247. She regained the seat in the 2015 General Election, having previously served as the representative for the constituency from 1997 to 2010. In February 2019 she decided to sit as an Independent MP.

In June 2007, Joan was appointed a member of the Privy Council and is a current member of the Panel of Chairs in Parliament, chairing Public Bill committees and other general committees, in the House of Commons.

Ms Ryan was a member of the last Labour Government, serving as an Assistant and Senior Government Whip (HM Treasury and Lord Commissioner) from 2002 to 2006. In May 2006, she was appointed a Minister in the Home Office, with responsibility for Citizenship, Immigration, Refugees, Police Forensics, Extradition and the Passport Service. From June 2007 to September 2008, Ms Ryan was the Prime Minister’s Special Representative to Cyprus.

During her time away from Parliament, Joan was the Chief Executive of the Global Tamil Forum working on human rights and humanitarian issues in Sri Lanka. She served as the Chair of the charity Riders for Health, from 2011-2015, which has helped to improve access to life-saving treatment and medical care for 21 million people across seven countries in sub-Saharan Africa. She was the deputy director of the successful NO to AV national referendum campaign on the UK voting system. In addition, Joan worked as a training consultant strengthening democracy and parliamentary procedures with a number of organisations.

Prior to 1997, Joan was a Councillor, serving as deputy Leader of Barnet Council. She began her career as a teacher of sociology and European politics.

Joan is a member of the Environmental Audit Select Committee and has a strong commitment to tackling climate change and protecting the environment. Her other areas of key interest are education, health, home affairs and foreign affairs – including conflict resolution and strengthening political institutions and democracy. Joan participated in the UN Development Programme & Inter-Parliamentary Union Induction Programme to train new MPs in the Myanmar Hluttaw (Parliament) in February 2016. In the 2005-2010 Parliament, she worked with the Commonwealth Parliamentary Association and Westminster Foundation for Democracy, participating in programmes to strengthen parliamentary democracy. She has undertaken similar roles with Global Partners in both Jordan and Egypt. Israel/Palestine, Sri Lanka, China, Turkey and the Cypriot, Kurdish and Alevi communities are all areas of interest in which she is involved. 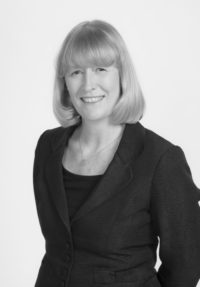