Jonathan is an internationally recognised expert in the field of democratic development, with a specific focus on strengthening state democratic frameworks and democratic institutions. Over the past 15 years, Jonathan has provided consulting services to over 25 parliaments in Africa, Asia, Europe, and the Arab region, and has conducted major reviews and policy development for international agencies including the United Nations, the World Bank, and the European Union. Jonathan has worked in 25 different countries in Africa, the Middle East, Asia, and Europe on various democratic development assignments. He worked in Tunisia from 2012 to 2015 where he headed a major UNDP project to support the democratic transition in the country subsequent to the Jasmine Revolution of 2011, including the inclusive process of development of the country’s first democratic Constitution.

Jonathan holds a doctorate in International Management from Cambridge University and holds a permanent faculty position at Cardiff University, UK. Jonathan has published four books and numerous academic articles, reports, etc. on topics including international development, international management, and democratic change. From 1997 to 2002 Jonathan was director of research for the Government caucus in the Canadian parliament, an appointment of the Canadian Prime Minister. 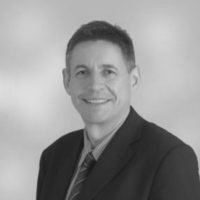