Kevin Deveaux is a Canadian lawyer who was elected to the Nova Scotia House of Assembly for the constituency of Cole Harbour-Eastern Passage from 1998-2007. During his time as an MP he served as the Deputy Speaker for the House from 1999-2003 and as the Official Opposition House Leader from 2003-2007. From 2007-12 Kevin worked for UNDP, including four years as the global Parliamentary Development Policy Adviser. In August 2012 he completed his work with UNDP and returned to Canada to practice law and to provide consulting services to parliaments through various organizations, including DFID, UN Women, the World Bank, the EU, FCO and UNDP. 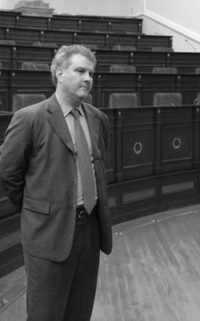